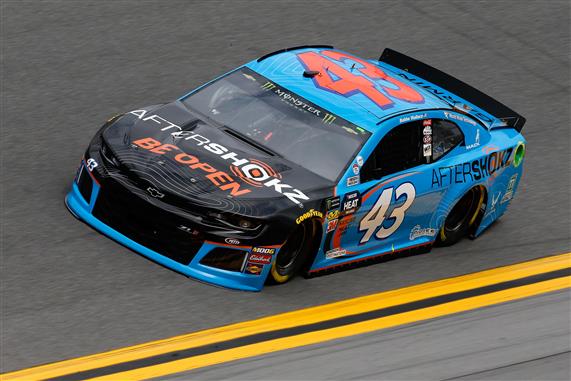 2019 RECAP: Bubba Wallace had some success last year but it was hard to predict which tracks he was going to finish in the top 20 at because the good results were because of attrition and not pure speed. Wallace finished 13th and 17th in his two starts at Martinsville, 15th in the July race at Daytona, 14th in the Bristol Night Race and third at Indianapolis. The rest of the season was not very good.

Wallace also had a lot of controversy. He told NBC Sports’ Dustin Long that he spun intentionally at Texas to bring out the caution. This ruined the chances of Kyle Larson advancing in the playoffs. Wallace is a hard driver to trust in your fantasy lineups. He is a better pick for DFS (Daily Fantasy Sports) than he is in season-long games (Fantasy Live and Driver Group Game). (Bubba Wallace ranked 27th in fantasy points scored in 2019)

2020 Preview: I was surprised to see Richard Petty Motorsports bring back Bubba Wallace for the 2020 season. This is the last year of his contract with RPM and the team does not have full sponsorship for the 2020 season. There will be a lot of pressure on Wallace to improve this year. The team brought in Jerry Baxter to be the new crew chief. Baxter worked with Wallace in the Truck Series and the pair had some success. While the change should breathe some life into the No. 43 car, it will not be enough for Wallace to be a good fantasy pick in 2020.

Bubba Wallace was not good on the Intermediate Tracks last year. He failed to finish in the top 20 in any of the races. His average starting position was 21st and his average finishing position was 26.7 so Wallace did not score many place differential points as well. Texas and Kentucky rank as two of his best tracks but do not get too excited about him in these races. Wallace has a 20th place average finishing position at these two tracks. There are better drivers for your DFS (Daily Fantasy Sports) and season-long (Fantasy Live and Driver Group Game) lineups. (Bubba Wallace ranked 30th in fantasy points scored on the intermediate tracks in 2019)

If you plan on using Bubba Wallace this season it should be at the Superspeedways. Daytona ranks as his best track. Wallace finished second in the 2018 Daytona 500 and backed it up with a 14th-place finish in the July race. Wallace also finished 15th at Daytona last year. He has not been as good at Talladega. Wallace has four starts at Talladega. His average starting position is 21.8 and his average finishing position is 24.5. I may use Wallace in DFS if he qualifies outside the top 25, but I do not trust him enough for season-long games. (Bubba Wallace ranked 30th in fantasy points scored on the Superspeedways in 2019)

Bubba Wallace was a sneaky good pick at the Flat Tracks last year. He finished both races at Martinsville in the top 20 and he finished 12th at Richmond. Phoenix is the sixth-best track for Wallace but he did not have much success in the desert last year. I will use Wallace if he qualifies poorly at these tracks in my DFS lineups but he will be hard to trust in your season-long games. (Bubba Wallace ranked 30th in fantasy points scored on the flat tracks in 2019)

Bubba Wallace was a decent gamble in DFS at the Steep Tracks in 2019. His average starting position was 26.2 and his average finishing position was 20.5. He scored positive place differential points in all five races. Bristol ranks as his seventh-best tracks so if you want to take a chance with Wallace in the Driver Group Game, it should be in Thunder Valley. Please do not play him in your Fantasy Live lineups at these tracks. There are better choices for your team. (Bubba Wallace ranked 24th in fantasy points scored on the steep tracks in 2019)

Have you ever seen what happens to a fish when you take it out of the water? It flops around and just looks silly. The same can be said about Wallace when you put him on a road course. The Charlotte Roval ranks as his worst track and he has never finished in the top 25 at Sonoma. Watkins Glen is his best Road Course track but his two starts at the track resulted in 25th and 28th place finishes. Do not consider Wallace for any fantasy teams at the Road Courses in 2020. (Bubba Wallace ranked 26th in fantasy points scored on the road courses in 2019)