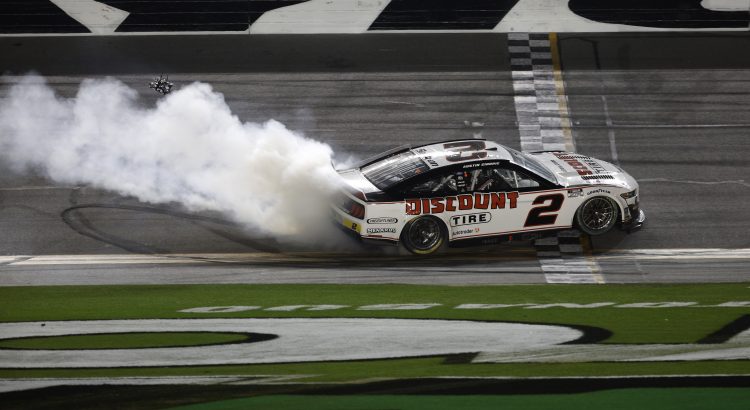 The NASCAR Cup Series will compete at Daytona International Speedway Saturday. This will be the fifth race for the Gen-7 car on a Superspeedway. The Cup Series competed in the Daytona 500, Talladega and two races at the new Atlanta Motor Speedway track. The drivers who ran well in these races will be the best bets at Daytona. The Coke Zero 400 can be seen Saturday night at 7 p.m. ET on NBC.

How did the race at Watkins Glen end without any money in our pocket? Chase Elliott and AJ Allmendinger were listed in the Best Bets and Michael McDowell was my long-shot bet. These drivers led 43 of the 90 laps but the picks came one spot away from winning with Allmendinger at 25-1 odds. Hopefully we have better luck at Daytona. We are going to need it in this crazy race. 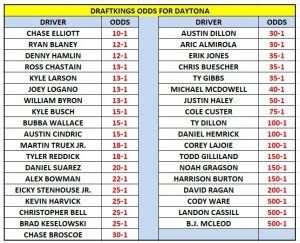 ** The first number is the amount of money based on the second number (the amount of the wager). So if you bet $1 on Chase Elliott, you will win $10.

Here are my best bets for the Coke Zero 400…

RYAN BLANEY (12-1): I doubt Blaney will be racing for points Saturday night. He will not make the playoffs if a driver scores their first win in the 2022 season at Daytona. Blaney already said that his teams views the race at Daytona as a “must win situation.” If any driver could win in this situation, it is Blaney. He won this race last year and he has three trips to Victory Lane at Superspeedways on his resume. Blaney was also leading the final lap in the Daytona 500 this year when his teammate (Austin Cindric) moved him out of the way. 12-1 odds are not too bad on the a driver with this much success on Superspeedways in a must win situation.

BUBBA WALLACE (15-1): Who is the best driver in the sport on the Superspeedways? Ryan Blaney, Denny Hamlin and Joey Logano are very good, but an argument can be made that it is Bubba Wallace. He finished second in his last two races at Daytona and he won the race at Talladega last year. Wallace needs a win to secure a spot in the playoffs. He has the skills to get to the front and have a good chance to win the race Saturday night.

BRAD KESELOWSKI (25-1): Keselowski has not been very good this year, but he was one of the best drivers at Daytona. Keselowski won his Duel Race and then he scored 15 Stages Points and finished ninth in the Daytona 500. Keselowski needs a win to secure a spot in the playoffs. He has seven wins on the Superspeedways on his resume (the most in the Cup Series). 25-1 odds for the most successful Superspeedway driver in the Cup Series is too good to pass up this week.

ARIC ALMIROLA (30-1): Almirola said in media days before the 2022 season started, “You have to love to race at Daytona. If you do not like this type of racing, you are never going to win. I love it. That is why I have so much success at the track.” Almirola is another driver in a “must win situation.” He has the skills to get the jobs done. Almirola has two wins at the Superspeedways on his resume, including one win at Daytona. He finished fifth in the Daytona 500 in February and I think he will have a good chance to win Saturday night.

LONG SHOT SPECIAL MICHAEL MCDOWELL (40-1): McDowell was my “long shot special” last week and I thought we struck gold when he led so many laps and ran in the top-five. I will go back to McDowell this week. 40-1 odds are too good to pass up on the 2021 Daytona 500 winner. I cash a ticket at 66-1 odds in that race. I am hoping to do the same with McDowell this week at Daytona.