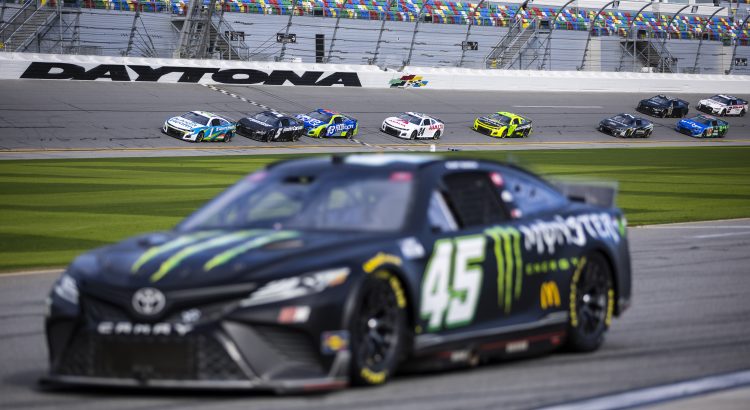 The most unpredictable season in recent history is about to begin for the NASCAR Cup Series. The debut of the Gen-7 Car (also known as the Next Gen car) is nothing like we have seen before. The car was designed to “level the playing field” and if it is successful, there will be a lot of drivers with good odds value in Victory Lane this year.

The “Best Bets” for the 2021 Daytona 500 cashed with Michael McDowell at 66-1 odds last year. I placed a $20 wager on him and the $1,320 profit coved must of my bets for the season. I was also able to predict Kyle Larson would win the championship at 9-1 in my article last year. This season is going to be tougher to predict, but there are some drivers who give us a good chance to win some cash Sunday. 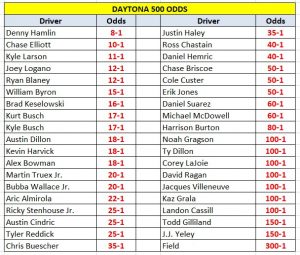 * The odds are from DraftKings Sportsbook. The odds could change between the time of this article and the time you place your bet

** The first number is the amount of money based on the second number (the amount of the wager). So if you bet $1 on Denny Hamlin, you will win $8.

Joey Logano (12-1): Logano won the 2015 Daytona 500. Can he win the Harley J. Earl trophy again? He will have momentum entering the race after his win in the Busch Light Clash at the Coliseum. Logano also has a history of starting off the season on fire. He won two races to start the season in 2020 (Las Vegas and Phoenix) and he finished second in two races to start the season last year (Daytona Road Course and Phoenix). Logano nearly won the Daytona 500 last year but he was wrecked by his teammate (Brad Keselowski) in the final laps. Logano is a good bet at 12-1 odds.

Ryan Blaney (12-1): Blaney won the last race at Daytona and he will have a great chance to win his first Daytona 500 Sunday. Denny Hamlin gets all of the hype when the Cup Series competes on the Superspeedways, but Blaney is just as good as Hamlin now. Blaney has two wins at Talladega to go along with his win at Daytona last year. Team Penske and the Wood Brothers dominated the speed chart in the test session at Daytona in January. Having two cars from Team Penske at 12-1 odds in my betting portfolio this week is not a bad strategy.

Kurt Busch (17-1): I watched nearly of the test session at Daytona on NASCAR’s YouTube Page. Half-way through the test I wrote in my notes in capital letters, “BET ON KURT BUSCH TO WIN THE DAYTONA 500”. Denny Hamlin and Busch looked awesome working together in the practice. The lead laps (with Hamlin pushing Busch) and then they dropped to the back and easily made their way through the pack to once again lead the cars in practice. Hamlin said after the practice, “Having (Kurt) Busch as a part of the Toyota team is really going to help us in the Daytona 500. I like what I saw and I like what I heard so I will bet the 2017 Daytona 500 champion to win another trophy Sunday.

Austin Dillon (18-1): There are some drivers who hate Superspeedway racing and others who love it. Dillon always circles the races at Daytona because he knows it is one of his best chances to win. Dillon won the 2018 Daytona 500 in 2018. “In order to finish first, you must first finish” is the old saying at Daytona. Few drivers are better than Dillon at finishing the races at Daytona. He has finished on the lead lap in nine of his last 10 Superspeedway races. That is either incredibly lucky or a driver who knows what he is doing. I will roll the dice with Dillon at 18-1 odds Sunday.

Long-Shot Special: My Long-Shot Special this week is Corey LaJoie (100-1). NASCAR’s goal with the Next Gen car is to “level the playing field’. LaJoie had a history of finishing up front at Daytona when he was at a disadvantage. What will he do now that his team (Spire Motorsports) has more support from Richard Childress Racing and NASCAR leveled the playing field? Lajoie has four finishes in the top-10 in the Cup Series. Three of them came at Daytona and two of his top-10 finishes were in the last two Daytona 500s. LaJoie could end up being this year’s Michael McDowell.