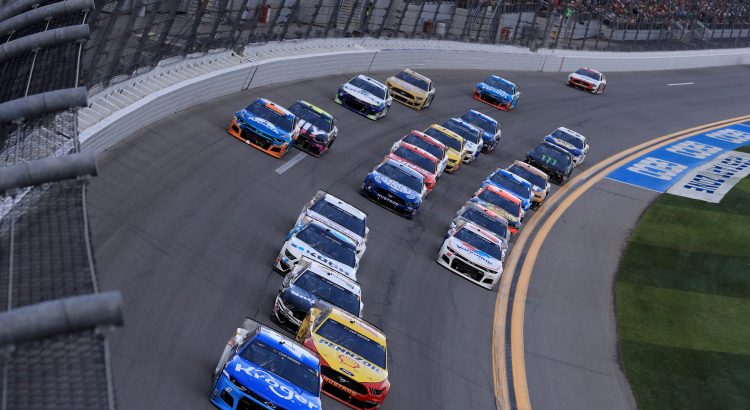 The 2021 NASCAR Cup Series drops the green flag on their 2021 season with the 63rd running of The Great American Race. That also means the NASCAR wagering season also begins. Each week I will post my “Best Bets” for each race. It all begins this week at the Daytona 500.

Races on the Superspeedway are the toughest to predict but it is getting easier. There are a handful of drivers who have consistently finished upfront at Daytona. These are the drivers we need to be targeting Sunday and there are a few long shots who make a lot of sense to put some money on. 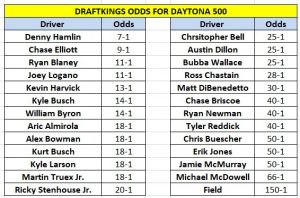 ** The first number is the amount of money based on the second number (the amount of the wager). So if you bet $1 on Denny Hamlin, you will win $7.

Danny Hamlin (7-1): It is no fun to bet the favorite but it is hard to overlook what Hamlin has done at Daytona. He has finished 1st, 1st, 3rd, 17th and 1st in his last five Daytona 500’s. He has also finished 1st, 3rd, 4th, 1st and 3rd in his last Superspeedway races. That is a lot of trips to Victory Lane. 7-1 odds are not too bad for a driver who is clearly the class of the field Sunday.

Ryan Blaney (11-1): Blaney has become the second-best driver on the Superspeedways behind Denny Hamlin. He won races at Talladega in 2020 and in 2019. Blaney has also been knocking on Victory Lane’s door at Daytona. Blaney finished second in the Daytona 500 last year and he finished sixth in the Coke Zero 400 at Daytona in 2020. Blaney is the 2021 version of Chase Elliott. I expect a big season from Blaney and it could start with a trip to Victory Lane in the Great American Race.

William Byron (14-1): We want to put our money on drivers who know how to get to Victory Lane at Daytona. Byron is one of those drivers. He won the last race at Daytona (Coke Zero 400 last August) and he won his Duel race at Daytona last year. Byron also finished second at Daytona in 2019. Hendrick Motorsports is a team on the rise. They are no stranger to finishing #1, #2 and #3 in the Daytona 500. I am hoping they can do it again with Byron leading the pack across the start/finish line.

Kyle Larson (18-1): This pick is more of a gut feeling than anything else. So what has Larson done since he left NASCAR last year? He won almost every race he entered. I am hoping his win streak continues in the Daytona 500. Larson has an 11th-place average finishing position in his last five Daytona 500’s. He had a good chance to win a couple of those races. Larson will have the best handling car and the best teammates he has ever had at Daytona. I would not be surprised to see Larson win the Daytona 500.

Ryan Newman (40-1): Wow, 40-1 odds for the driver who nearly won the last Daytona 500. Newman finished 9th, 14th and 8th in the current aero package in the Daytona 500. He usually stays in the back-third of the pack until the end of the race. Newman is smart enough to know that the big wrecks tend to occur up front between the drivers battling for the lead. In order to win the race, a driver must finish the race. Newman is very good at finishing the race. A trip to Victory Lane for Newman would be a perfect final chapter to his career at Daytona. * Newman’s teammate Chris Buescher is also a great bet at 50-1 odds.

Long-Shot Special: My Long-Shot Special this week is Michael McDowell (66-1). Which driver has the best average finishing position at Daytona of the last 10 races? It is not Denny Hamlin, Joey Logano or Ryan Blaney… It is McDowell and his 12.5 average finishing position. McDowell finished 5th in the 2019 Daytona 500 and 9th in 2018. I will bet a few bucks on McDowell Sunday and hope he sneaks into Victory Lane.