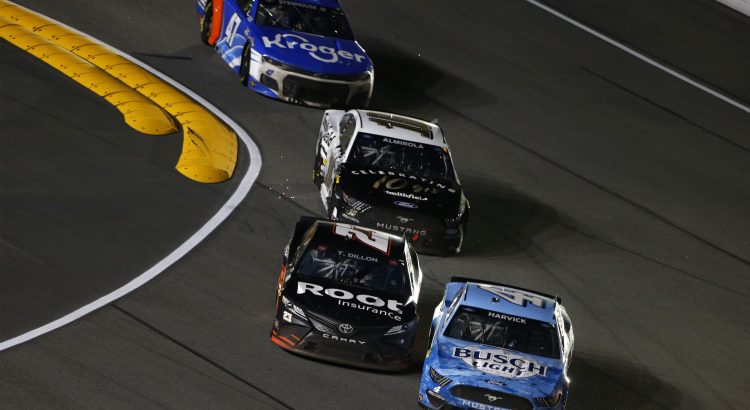 The 2021 NASCAR Cup betting season got off to a good start. I posted in my article last week and sent out numerous Tweets saying, “My long-shot special this week has the best average finishing position at Daytona over the last five seasons and he is 66-1 odds.” That long-shot pick (Michael McDowell) went to Victory Lane and won me $330 on my $a5 bet. Now it is time to see if we can keep the hot streak going on the road course. 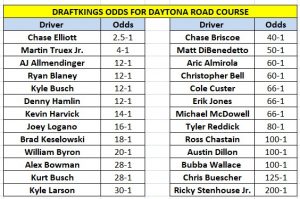 ** The first number is the amount of money based on the second number (the amount of the wager). So if you bet $1 on Martin Truex Jr., you will win $4.

Chase Elliott (5-2): You need to bet a lot of money on Elliott if you want to win a significant amount of money, but it may be worth it. Yes, his odds suck, but Elliott is the closest thing we have to a lock all season. Elliott has won the last four road course races and came one turn away from wining the Busch Clash last week. He starts on the pole and has the No. 1 pit stall. It is going to be tough to keep Elliott out of Victory Lane Sunday.

Denny Hamlin (12-1): Denny Hamlin is my favorite bet this week. His odds allow you to win a lot more money than if you only bet Chase Elliott.  Hamlin was the only driver who could run down Elliott at the Daytona Road Course last year. He showed up last week with the fastest car in the Busch Clash. Hamlin led 21 of the 35 laps but poor pit strategy got the No. 11 car shuffled in the pack. Hamlin can win this race from the fourth starting position.

Ryan Blaney (12-1): Ryan Blaney starts deep in the field but that does not mean he cannot win the race Sunday. There have only been three drivers in Victory Lane in the last nine road course races. They are Chase Elliott (5 Wins), Martin Truex Jr. (3 Wins) and Ryan Blaney (1 win). Blaney was winning the Busch Clash last week on the final turn until his body (Chase Elliott) decided to dump him. Blaney is a good pick at 12-1 this week.

William Byron (20-1): William Byron is not the first name that comes to mind when people think of road course racing but he is one of the most consistent drivers in the field. Byron has finished sixth, eighth and sixth in his last three road course races. He also led 50 laps in those races. Byron finished fifth last week in the Busch Clash. If he can get a little luck to go his way (like Kyle Busch did in the Busch Clash race), Byron could be in Victory Lane Sunday.

Long-Shot Special: My Long-Shot Special this week is Tyler Reddick (80-1). You do not need to bet a lot of money on Reddick to win a lot of money this week. Reddick looked really good in the Busch Clash race. He had the third-best Driver Rating (Better than Chase Elliott of Martin Truex Jr.), had the fourth-fastest Green Flag Speed (he was faster than Chase Elliott) and he passed the fifth-most cars in the race (more than Martin Truex Jr. or Kyle Busch). Reddick finished fourth in the Busch Clash. He will need a little luck to get to Victory Lane, but last week’s race proved that anything is possible.

* Michael McDowell (66-1) is also a good long-shot special but I am sure most of you knew that so I gave you another option.