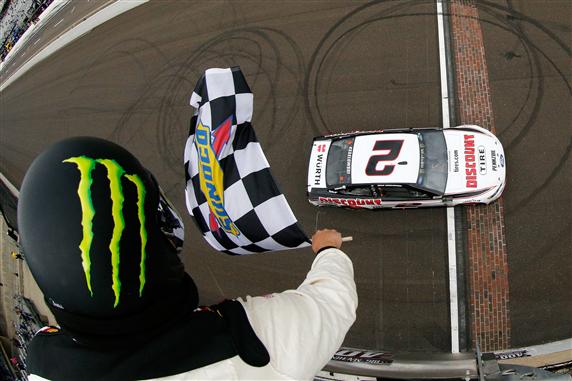 The narrative for races at Indianapolis is that the cream usually rises to the top at this track. Seven of the last eight drivers to “kiss the bricks” were Cup Series champions (only Kasey Kahne wasn’t). A lot of these drivers even won the championship in the same season they won the Brickyard 400. It is always nice to throw some darts and hopefully hit the bull’s eye in gambling, but this is a good race to stick to the favorites.  Here are my “Best Bets” for the Big Machine Hand Sanitizer 400…..

Kevin Harvick 4-1 / Denny Hamlin 6-1: Kevin Harvick and Denny Hamlin finished either No. 1 or No. 2 in both races at Pocono last week. These two drivers are heads and shoulders above the field this week. The teams do not have a lot of time to work on their cars so they will have to go off of their notes from last week. Crew chiefs Rodney Childers and Chris Gabehart have their cars dialed in right now. The easy money is to just bet on Harvick and Hamlin Sunday.

Matt DiBenedetto 66-1: My dart throw this week will be Matt DiBenedetto. The best track for Paul Menard when he was in the Cup Series was Indianapolis. DiBenedetto is a better driver and should get more out of the car. He ran well at Pocono last week and DiBenedetto should have a lot of speed again Sunday. I will put a few bucks on him at this price.

Here are my friends for Caesar’s Palace Sports Book in Las Vegas picks for the races Saturday and Sunday: Las Vegas Picks to Win at Indianapolis. I was going to post Clint Bowyer 22-1 and Aric Almriola 40-1 as my picks but Micah Roberts stole my thunder. You can watch his picks to see who the sports book director likes for the race Sunday.