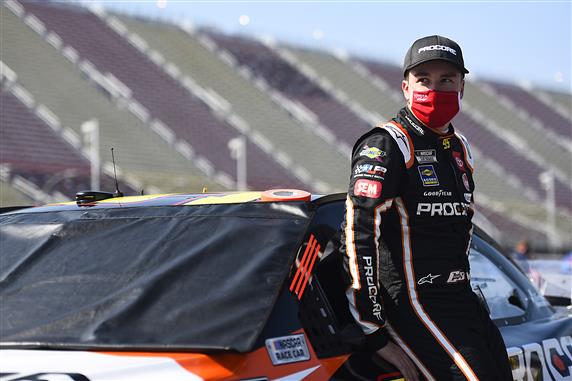 The NASCAR Cup Series will invert the top-20 finishing positions from Saturday’s race and compete again at Michigan International Speedway. The teams are required to use the same cars and are only allowed to make minor adjustments. This means the cars that were fast Saturday should be up front Sunday. Here are my “Best Bets” for the Consumers Energy 400…

Kevin Harvick (5-2): The odds suck for Kevin Harvick today but the books are not going to give you good odds on a car the spanked the field Saturday. If you would have went all in on Harvick and picked him to win every Stage and the race you could have won some money. I plan to just pick Harvick to win everything again today.

Brad Keselowski (8-1): It is no secret that winning at Michigan is high on Brad Keselowski’s bucket list. No driver from Michigan has won at the track and Keselowski wants to be the first. The No. 2 car finished second Saturday. The team showed that they are will to gamble with pit strategy to win the race. Keselowski has finished 2nd, 1st and 2nd in his last three races. That is too good to pass up this week.

Erik Jones (35-1): Erik Jones is another Michigan native that will be trying to win at his home track. Jones looked like a driver who was out to show Joe Gibbs Racing that they made a mistake by releasing him from his contract at the end of the season. Jones posted the 5th best Driver Rating, the 4th best Average Running Position and the 5th best Green Flag Speed Saturday. The No. 20 car starts 10th and should have a good chance to win the race today.

Bubba Wallace (150-1): Bubba Wallace had a chance to win the race but his decision to go three-wide on the last restart backfired. Wallace finished ninth and the No. 43 team proved that they are willing to gamble on pit strategy (taking fuel or two tires) to finish in the top 10. I will roll the dice with Wallace Sunday at 150-1 odds.