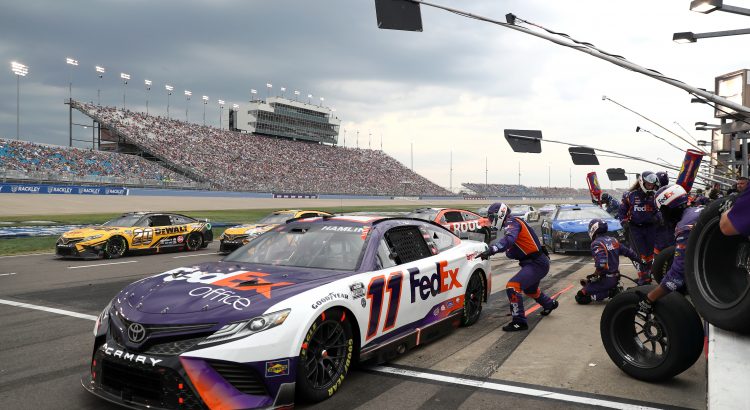 The NASCAR Cup Series will compete at the “Magic Mile” Sunday. The trip to Loudon, New Hampshire will be the fourth race on a flat intermediate track this season. There are a group of drivers who have performed well at Phoenix, Richmond, WWT Raceway and Nashville, but there are also some desperate drivers who will gamble to win the Ambetter 301 at New Hampshire Motor Speedway. It will be a good idea to mix in some long-shots with the favorites this week because we have seen the Gen-7 car has leveled the playing field in 2022.

I am all in with the Joe Gibbs Racing and Hendrick Motorsports cars this week. I understand Ryan Blaney has been a beast on the flat intermediate tracks, but the JGR cars dominated the last two races on similar tracks to the Magic Mile and Chase Elliott is on fire right now. Ross Chastain is also a good bet but he has a lot of enemies who will likely prevent the No. 1 car from getting to Victory Lane Sunday. 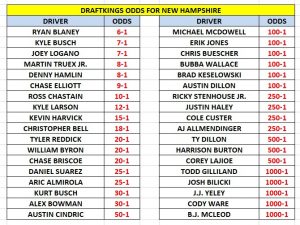 ** The first number is the amount of money based on the second number (the amount of the wager). So if you bet $1 on Ryan Blaney, you will win $6.

Here are my best bets for the Ambetter 301…

MARTIN TRUEX JR. (8-1): It is hard to believe Truex has not been to Victory Lane yet this year but that could change at New Hampshire. Truex led 80 laps and finished fourth at Richmond, led 42 laps and finished sixth at WWT Raceway and led 82 laps and finished 22nd at Nashville (Truex should have finished in the top-five but a late caution put his car deep in the field). The No. 19 team should have the speed to win the race Sunday.

DENNY HAMLIN (8-1): You can never count out Hamlin on a short track. He won the race at Richmond and he led 116 laps and finished sixth at Nashville last month. He should have a good chance to finish in the top-five if Hamlin concentrates on the race and forgets about paying back Ross Chastain.

CHASE ELLIOTT (9-1): How is Elliott not the favorite this week? I know his stats at New Hampshire have not been great but Elliott has won two of the last three races (it probably should have been three in a row) and he won the last race on a flat intermediate track. Elliott is my favorite bet in the field this week.

CHRISTOPHER BELL (18-1): I am all in with the Joe Gibbs Racing cars, except Kyle Busch. Rowdy should be behind Martin Truex Jr. and Denny Hamlin on the odds sheet and he seems to be a bit off right now (that means Kyle Busch will probably win Sunday). I will wager some cash on Bell at New Hampshire. Bell has been at his best on the flat intermediate tracks this year. He finished sixth at Richmond, ninth at WWT Raceway and eighth at Nashville. 18-1 odds are a good value for a driver with a history of running in the top-10 at similar tracks this year.

WILLIAM BYRON (20-1): Byron has been in a slump for a long time. The last time he was really good was at the flat tracks in April. Byron led 122 laps and finished third at Richmond and then led 212 laps and won the race at Martinsville. Can Byron recapture that Magic this week? I think he can. Byron is running the Xfinity Series race Saturday and that extra seat time should help him get his groove back.

LONG SHOT SPECIAL: KURT BUSCH (30-1): Busch is just another Toyota driver that has looked fast on the flat intermediate tracks this year. Busch led 12 laps and finished third at WWT Raceway and he led three laps and finished second at Nashville. He is knocking on Victory Lane’s door at the flat tracks and I would not be shocked if the door is opened for him at New Hampshire. 30-1 odds are too good to pass up on a driver who finished the last two flat track races in the top-three.