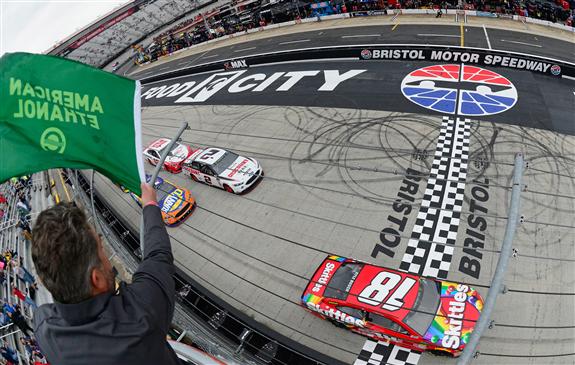 NASCAR is taking advantage of this crazy situation the pandemic has put them in and completely changing the All-Star Race. The race has been moved from its traditional location at Charlotte Motor Speedway to the high-banks of Bristol Motor Speedway. This could be one of the best shows NASCAR has put on in a long time. The All Star Race can be seen Wednesday at 7 p.m. ET on Fox Sports 1. 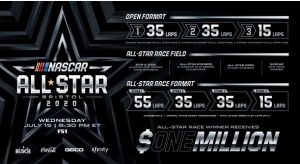 NASCAR announced that they will use the “Choose Rule” for the All Star Race.

Here’s how the choose rule works: When drivers approach a designated spot on the track, they must commit to the inside or outside lane for the restart. Failure to make a clear choice or changing lanes after the designated spot will result in a tail-of-the-field penalty.

This is different from the current double-file restart system, where only the race leader chooses his lane. Having the rule for the All-Star Race gives every driver the ability to make his own decision, and strategy will come into play in every instance.

NASCAR announced that the cars already locked into the All Star Race will have “underglow lights” for the race. These lights were first introduced on the Chip Ganassi Racing cars at the burnout in Nashville for the 2019 Awards Ceremony.

The cars will also have the car numbers moved to the rear quarter-panel of the car so that the sponsors can have more room over the doors. 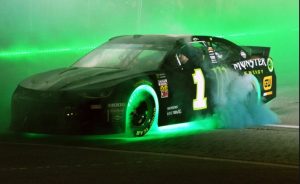 Picks for the Race

NASCAR Open Race: Matt DiBenedetto should win the Open and advance into the All Star Race. He ran well at Bristol in underfunded cars and he is only better in his Wood Brother’s Racing Ford.

All Star Race Winner: The driver who draws the pole position will be a good pick to win. Brad Keselowski drew the pole position for the race at Bristol in May and he led a race high 115 laps and went to Victory Lane.

Without knowing who is starting up front, I will pick Kyle Busch as the race winner Wednesday night. He is the best driver in the field at Bristol. He was able to lead 100 laps and finish second in the race at Bristol in May. Busch will wreck his mother to win the $1 Million prize this week. It is hard to bet against Rowdy in this race.