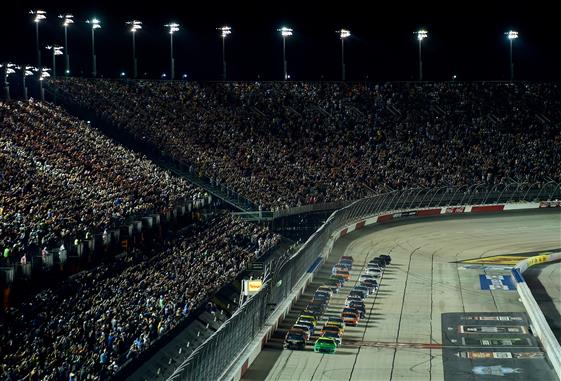 NASCAR announced Tuesday that they will set the field for the race Sunday at Darlington by “random draw.” They still wanted to reward the teams who ran well in the first four races of the season so they split the draw up into groups of 12.

So this will be the groups…

* NASCAR said they hope to have the draw for the starting position by Friday night.

** There will be a competition caution at lap 30. All teams will be allowed to come to pit road to work on their cars. The field will be frozen with no waiver around for cars 1 lap down. The field will lineup for the restart in the same order which they entered the pits.

The starting lineup for the next Cup Series event, scheduled May 20 at Darlington, will use the finishing order from May 17 as the basis for two inversions:

Starting positions 1-20: The top 20 finishers from the May 17 event will be inverted for the start of the May 20 race

Starting positions 21-40: The bottom 20 finishers from the May 17 event will be inverted for the start of the May 20 race; any new entries will be placed at the tail of the field

Good Luck with your teams!