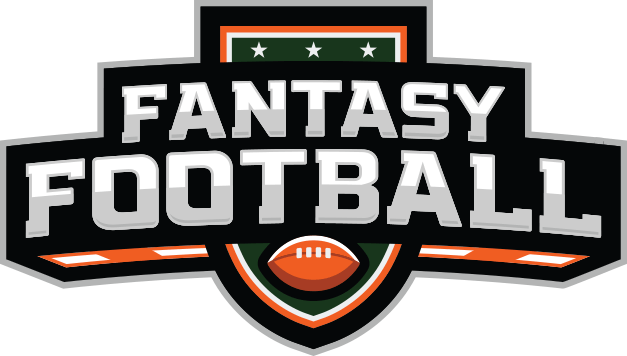 The NFL has completed its bye schedule for the 2019 season but the main slate is still thin this week since there were three games on Thursday and two games on prime-time TV this week. That means the players from the Bears, Lions, Bills, Cowboys, Saints, Falcons, Texans, Patriots, Vikings and Seahawks will not be available. That is a lot of players who we could have used in our lineups. The good news is that Week 13 is the last reduced slate for the season. We should still be able to cash some lineups Sunday.

Each week I will provide my Cash Contest and Tournament Contest Strategies and my favorite picks for each game. The picks will be based on DraftKings scoring but the differences between DraftKings and FanDuel and are not much. The players listed should be good picks for each site.

Stacking is a great way gain an advantage in DFS. When you pair your QB with a WR or TE you will get double points when they hook up for a TD. If your QB throws three TD’s to your WR, you will likely take down your Tournament Contest. Here are the stacks I like for Week 4 based on value….

Quarterback: The Buccaneers have the second worst pass defense in the NFL so I will take the discount with Nick Foles and hope he can carve them up Sunday. Foles has averaged 16.86 DK points over the last two weeks. He should be able to out-perform his average against the Buccaneers and that means he should return 3X’s value on his $5,700 price tag.

Running Backs: Last week I made the mistake of fading the FREE SQUARE (Christian McCaffrey). I will not be making the same mistake this week. McCaffrey is the Fantasy Football G.O.A.T. He should have no problem scoring over 30 DK points against the Redskins 28th ranked run defense.

Jonathan Williams took over the Colts backfield after Marlon Mack went out with an injury and he has looked really good. Williams scored 18.7 DK points in three quarters vs. the Jaguars and 24.2 DK points last week vs. the Texans. Williams should score over 15 DK points vs. the Titans Sunday.

Wide Receivers: I usually do not play a stack in my Cash Contest but Nick Foles has thrown a lot of passes to D.J. Chark Jr. this season. Chark is probably the biggest surprise of the 2019 season at the WR position. He is averaging 18.2 DK points per game and that is fourth-best on the slate (higher than Tyreek Hill, DeVante Adams, Odell Beckham Jr. and Keenan Allen). Chark should be a good cheap play again this week.

Jamison Crowder has been one of my favorite WRs in my Cash Contest lineups because of the amount of targets he has received with Sam Darnold at QB. He laid an egg last week with his 3.8 DK points vs. the Raiders but that had a lot to do with the Jets blowing out Oakland and not needing to pass the ball much. I expect Crowder to get back on track this week and score his normal 18 DK Points.

Tyler Boyd has consistently been scoring double-digit DK points this season and now he gets a (slight) upgrade at the QB position. Andy Dalton will return at QB for the Bengals and he likes to throw the ball to Boyd a lot. The Jets rank No. 1 in the NFL against the run and No. 19 against the pass. I expect the Bengals to throw the ball a lot and that is good news for Boyd.

Tight Ends: Eric Ebron has been placed on IR and now that means Jack Doyle is the clear No. 1 TE for the Colts. This team loves to throw the ball to their TE. If you take the targets from Ebron and Doyle and make one TE out of them, that TE would rank No. 2 in the NFL in receptions. I expect Doyle to score over 12 DK points Sunday.

FLEX Position: Benny Snell Jr. returned from his injury last week and the Steelers gave him the ball 22 times. RB James Conner is expected to be out again Sunday so that should mean a lot of work again for Snell. I doubt the Steelers will lean on QB Duck Hodges to win this game. Snell should easily return 3Xs value this week.

Defense: We get a price discount with the Ravens D/ST this week because of their match up vs. the 49ers. I am not worried about Jimmy Garoppolo scoring a lot of points in Baltimore. The Ravens D/ST has scored at least 13 DK points in every game since Jimmy Smith returned from his injury and the team traded for Marcus Peters this week. They should score over 10 DK points again Sunday.

Other Cash Contest Defenses I Like: Panthers, Eagles, Browns

Tournament Stack: I am going to play the Andy Dalton + Tyler Boyd stack. Dalton is extremely under-priced and he should have no problem returning value this week. There is a chance that A.J. Green returns Sunday but I am not worried about it. Dalton targeted Boyd more in the second-half of the season last year when Green was in the lineup. I expect a lot of passing from the Bengals so this should be a good , cheap stack for our Tournament Contests.

Running Backs: I am not going to make this slate more difficult than it needs to be. I am going to play Christian McCaffrey in all of my lineups and take the 30 DK points. His match up against the Redskins is just too good to pass up.

I am going to take a chance with Phillip Lindsay in the second RB spot. He scored 27.7 DK points in Week 5 against the Chargers. I am hoping he can do it again. I doubt he will be highly owned so Lindsay should give us some leverage over the field Sunday.

Wide Receivers: Cooper Kupp started the season on fire and he has cooled down over the last month. I expect Kupp to get back to form this week vs. the Cardinals 32nd rank pass defense. They also rank last at covering the slot WR. This could be a huge game for Kupp.

I am playing D.J. Chark in both the Cash and Tournament Contest lineups this week. He has a great match up vs. the Buccaneers 31st ranked pass defense. I would be surprised if Chark did not have over 100-yards receiving and at least 1 TD Sunday.

Tight Ends: This slate is filled with some good players in the TE position, but you have to pay up to get them. I think Jack Doyle can score just as many DK points as some of the more popular TEs on this slate. For that reason I will take the discount with Doyle and pay up at the WR position Sunday.

FLEX Position: Benny Snell Jr. is the best value pick at the RB position so I will play him in my Cash and Tournament Contest lineups this week. The Steelers are now in a playoff position so they need to keep winning. Their team is banged up so their best chance to keep winning will be to run the ball and play good defense. That is a recipe for a good game for Snell Sunday.

Defense: Playing a RB from the opposite team as your Defense /ST is not ideal in DFS but I think there is a way that both Benny Snell Jr. and the Browns D/ST score well this week. The Browns vs. Steelers game has an Over /Under of 38 points. If Snell rushes in a TD and the Browns get an INT or 2 against the Duck (Hodges) Sunday, both will return value.

Other Cash Contest Defenses I Like:  Ravens, Panthers, Eagles,