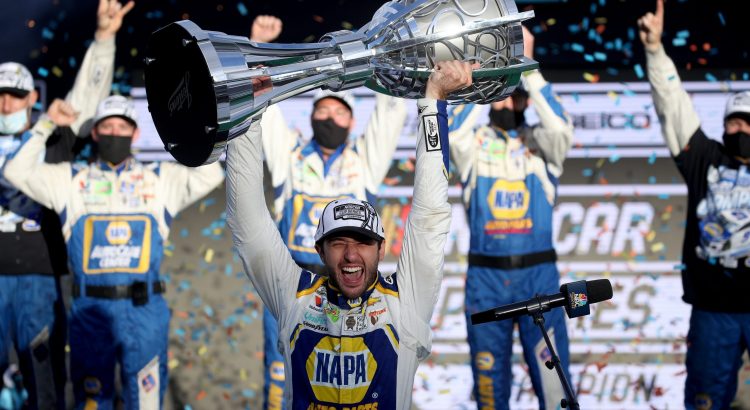 The 2022 NASCAR Cup Season has been the wildest I have ever seen, but they made it to Phoenix and now it is time to crown a championship. Before I get into the Fantasy Live picks for the championship race, I want to say THANK YOU!!! My goal every year is to provide you the best picks and teach you a little bit about how to be a better Fantasy NASCAR player. I appreciate you giving me the chance to be your “Fantasy NASCAR Crew Chief.” The 2022 season is almost complete and I already cannot wait for the 2023 season. Now onto Phoenix….

This is championship week and it called for a championship schedule. The Cup Series teams had a 50-minute practice session Friday evening, followed by qualifying Saturday. This extra track time gives us a lot of data to make good picks this week. The drivers who were able to maintain their speed over the long run and qualified up front are the drivers we will want in our lineups Sunday.

Here are the practice speeds from Saturday’s practice at Phoenix… 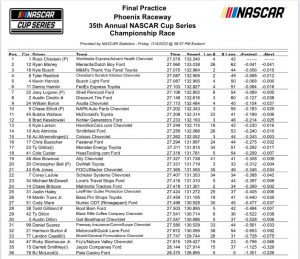 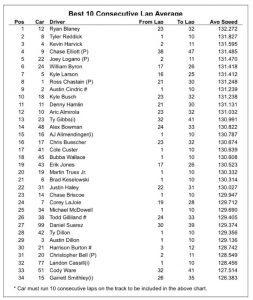 The November race at Phoenix is not tough to figure out. We know the championship four drivers will race up front since they will get plenty of room on the track Sunday. We also have a lot of data to use for this race. New Hampshire and Richmond are similar tracks to Phoenix. The drivers who were fast at Phoenix in March, New Hampshire in July and the two races at Richmond should be good picks Sunday. Most of the teams used the second race at Richmond as a practice race for Phoenix so I gave that race extra weight in the rankings. I also used the data from the race last week at Martinsville.

Here is the drivers average DFS Points on the short, flat tracks this year… 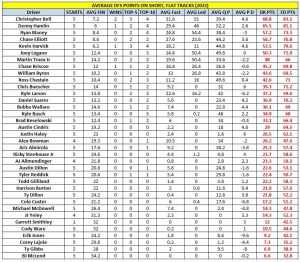 We MUST pay up for the drivers with the best chance to lead the most laps Sunday. I will be building a lot of “stars and scrubs” lineups for the race at Phoenix. We will not win any contest if we do not have the top dominator in our lineup. You will need the top three dominators if you want to win the “big bucks” this week. It really does not matter what our cheap drivers do if we have the three top dominators in our lineups and score the roughly 136 dominator points they are likely to score.

The drivers who have the best chance to score the most dominator points Sunday include: Joey Logano, Ryan Blaney, Chase Elliott, Kyle Larson and Christopher Bell 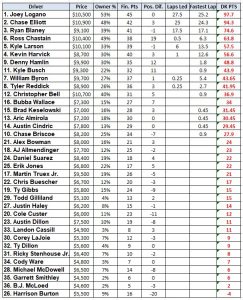 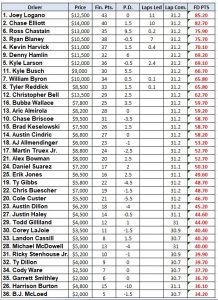 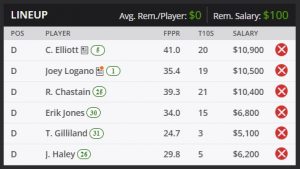 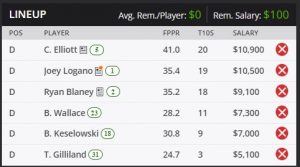 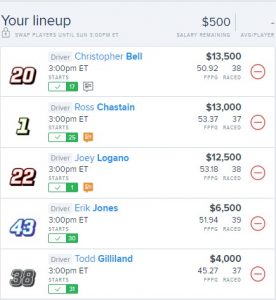 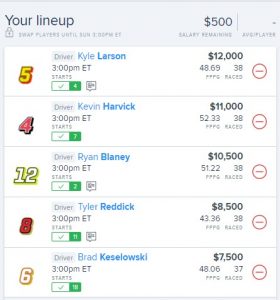