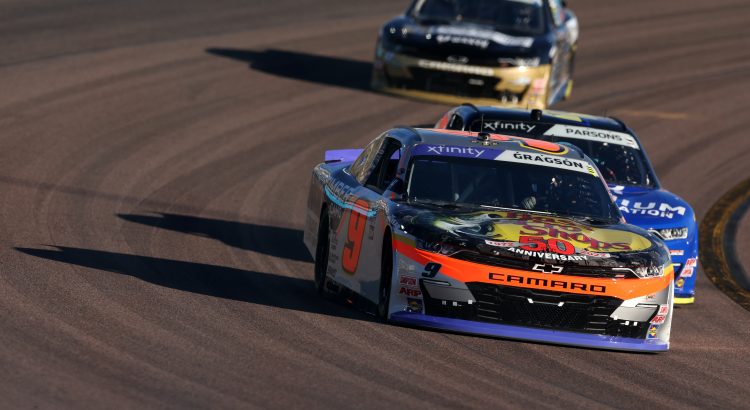 The 2022 NASCAR season has made it to championship weekend and the second series to crown a champion will be the Xfinity Series. The race for the championship will be a battle between Junior Motorsports and Joe Gibbs Racing. Ty Gibbs (i.e. Jesus) did not make any friends last week and instead of making it two JGR drivers (Brandon Jones and Ty Gibbs) vs. two JR. Motorsports drivers (Noah Gragson and Justin Allgaier), it is now a three vs. one fight (Josh Berry will also compete for the championship from JR. Motorsports). Gibbs has his work cut out for him Saturday because the three Junior Motorsports drivers have won 15 of the 33 races, including the last race at Phoenix. It should be another exciting race to close out the season. The Xfinity Championship Race can be seen Saturday at 6 pm ET on USA.

This is championship weekend and that means NASCAR must have a championship schedule. The Xfinity Series had 55 minutes to practice Friday and then they qualified for the race Saturday. This is the same schedule the series had pre-Covid. It is nice to see the teams have some extra time to dial in their cars. It also gives us a good idea of who has speed and he does not. The drivers who were fast on the long-runs in Friday’s practice will be the drivers we want in our lineups this evening.

Here are the lap times from the practice Friday at Phoenix… 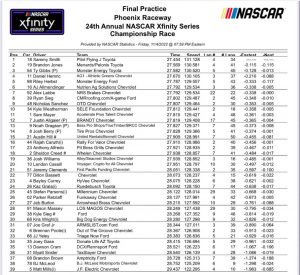 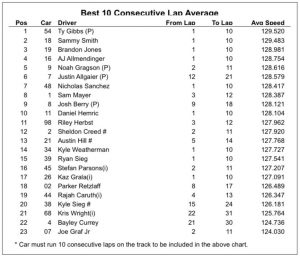 The November race at Phoenix is not a tough race to figure out. We know the championship four drivers will race up front since they will get plenty of room on the track Saturday. We also have a lot of data to use for this race. New Hampshire and Richmond are similar tracks to Phoenix. The drivers who were fast at Phoenix in March, New Hampshire in July and at Richmond in April should be good picks Saturday. I also used the data from the race last week at Martinsville.

Here is the drivers average DraftKings Points on the short, flat tracks this year… 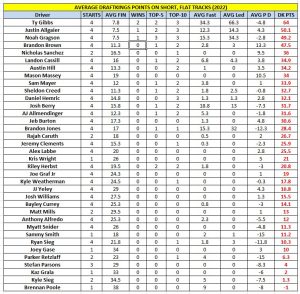 My strategy Saturday is to build “stars and scrubs” lineup. I want as many potential dominators as possible. It really doesn’t matter what our cheap drivers do as long as we have the top to dominators and score the roughly 100 dominator points they will likely score Saturday night.

The drivers who have the best chance to score the most dominator points Saturday include: Noah Gragson, Ty Gibbs, Brandon Jones and Justin Allgaier 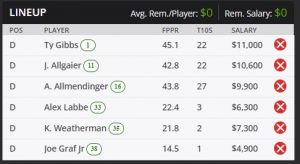 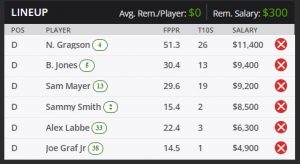