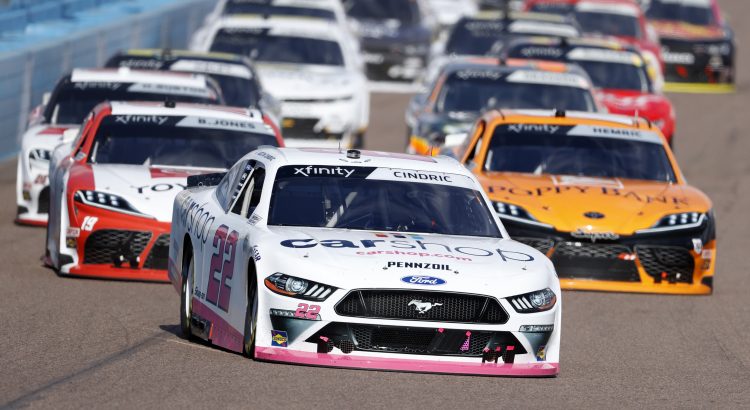 The NASCAR Xfinity Series is ready to crown their 2021 champion. It has been a fun season for “The Series Where Names Are Made.” We saw Kyle Busch win his 100th race and announce his retirement from racing in this series (I will believe it when he doesn’t compete next year). We also saw a great battle for the championship between Team Penske, Joe Gibbs Racing, Junior Motorsports and Kaulig Racing. It will be fun to see who wins the championship this year. The Xfinity Series Championship Race can be seen Saturday at 8:30 p.m. ET on NBCSN.

At least NASCAR is getting something right this week… The Xfinity Series had a practice session Friday and qualified the cars this afternoon. Here are the practice speeds from the practice held at Phoenix Raceway Friday… 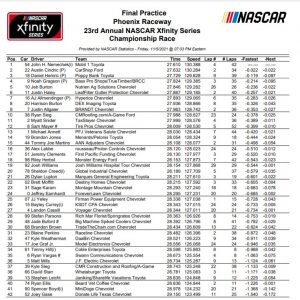 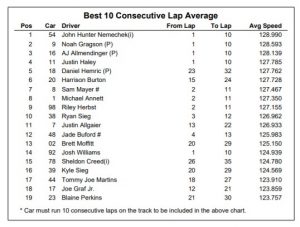 I expect the championship four (Austin Cindric, AJ Allmendinger, Daniel Hemric and Noah Gragson) to lead a lot of laps tonight but we cannot forget about Justin Allgaier. Little Gator has averaged 56 laps led in his last 7 races at Phoenix. I will be pairing with Allgaier with some of the championship four drivers in some of my lineups tonight.

Harrison Burton had problems in qualifying so he will start last tonight. He almost has to be in every lineup. 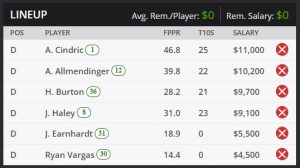 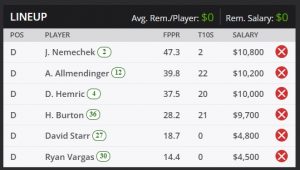