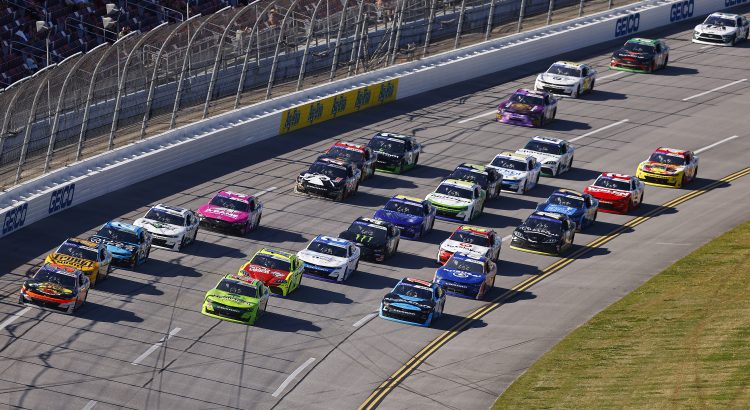 NASCAR no longer has a practice session for the races at the Superspeedways. The drivers make one qualifying lap and then lineup up to race. Qualifying is important for the races on the superspeedways because we want to target the drivers who start in the back with the best chance to score place differential points. 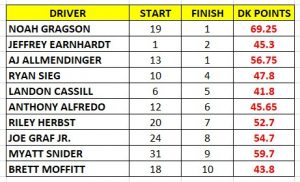 I still plan to play some of the drivers who start in the back with the best chance to score place differential points, but I will not be fading the playoff drivers. Noah Gragson, Justin Allgaier and AJ Allmendinger are really good on the Superspeedways. I will be playing these three drivers and stacking the Kaulig Racing drivers (AJ Allmendinger, Landon Cassill and Daniel Hemric) in some lineups. Kaulig Racing is the best team at controlling the superspeedway races.

Do not be afraid to leave some of the salary cap on the table this week. Our goal is to score the most points, not to spend the most salary. 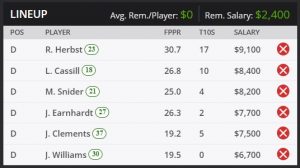 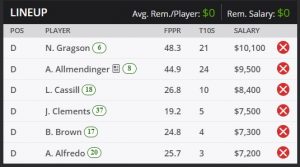