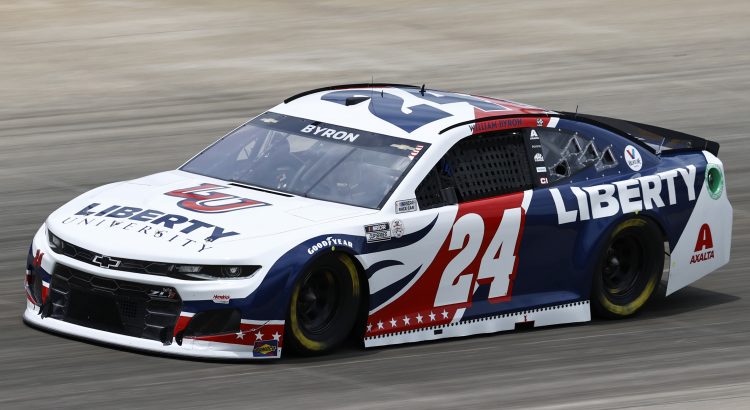 The NASCAR Cup Series travels back to Atlanta Motor Speedways this week. This will be the first time the Gen-7 car has competed on a track for the first time. The race this week is 100 miles shorter than the race at Atlanta in March. The shorter race is going to dial up the urgency in the race since teams will have less time to get to the front. It should be fun to see if the Cup Series can get their 14th winner in Victory Lane. Anything can happen on a Superspeedways so I would not bet against it happening. The Quaker State 400 can be seen Sunday at 3 p.m. on USA Network.

The Driver Group Game picks nearly hit it out of the park with 376 points last week. We need to keep this momentum going at an unpredictable track so we can climb to the top of our league standings. But it is not going to be easy.

The Cup Series will not have practice this week. The cars will qualify Saturday and then they will be impounded before the race Sunday. This means we will have less data to use for our picks. I am using the stats from the first race, the data from the three races using the Superspeedway aero package and momentum for the picks this week.

Here are the picks for the Quaker State 400…

CHASE ELLIOTT (6): It is no secret that Elliott desperately wants to win at his home track. The race Sunday could be his best chance to get to Victory Lane at Atlanta. He has a lot of momentum after his win in Nashville and his second-place finish last week at Road America. Elliott had one of the best cars at Atlanta in March. He had the third-best average running position in the race (8.81) and the second-best driver rating (108.1). Elliott is running better now than he was earlier in the season. He should have a good chance to finish in the top-five at his home track.

RYAN BLANEY (5): The Cup Series has had 13 winners this year. Blaney is the most likely driver to add his name to the list if it is going to be expanded to 14 drivers.  He is the best driver in the Cup Series on the Superspeedways (Denny Hamlin has too many penalties, so now the crown goes to Blaney). The No. 12 car had the second-best average running position (8.11) and the third-best driver rating (105.4) at Atlanta in March. Blaney should have a good chance to win Sunday.

ROSS CHASTAIN (4): I am running low with my allocations with Chastain but he is too good to fade right now. We have seen drivers run extremely well in the regular season and then fade to the pressure in the playoffs (look at Kevin Harvicks stats in 2020). Chastain has run up front in almost every race this year. There is no reason to believe the No. 1 car will not have speed Sunday. Chastain finished 2nd at Atlanta in March. He should have a good chance to finish in the top-five again this week.

WILLIAM BYRON (5): Byron completely destroyed the field in the first race at Atlanta. He led a race-high 111 laps, had the best driver rating (134.9), scored 11 Stage Points and won the race. Byron only has one finish in the top-10 in his last 10 races (Sonoma), but it is hard to ignore what he did at Atlanta in March. I will have Byron on my team and hope he can repeat what he did in the first race at Atlanta.

KURT BUSCH (7): The first driver I usually select for my Fantasy NASCAR lineups when the Cup Series races at Atlanta is Kurt Busch. Atlanta has been his best track. Busch has four wins in the ATL. I know the track is completely different from what it has been in the past because of the repave, but Busch doesn’t seem to know that. He finished 3rd at Atlanta in March. He already won at a 1.5-mile track this year (Kansas). I have seven allocations with Busch so I will try to use another one with the No. 45 car Sunday.

JOEY LOGANO (5): I trust Logano about as much as a trust a toddler playing with scissors, but he is one of the best drivers on the Superspeedways. Logano had the ninth-best average running position (12.74) and the fourth-best driver rating (105.4) in the first race at Atlanta. The No. 22 car finished 9th in that race. I will take a chance with Logano Sunday.

DANIEL SUAREZ (5): I am all in on the Trackhouse Racing drivers this week. They are the only team that has shown consistent speed at every type of track. There were two drivers at Atlanta in March who scored Stage Points in both Stages and spent the entire race in the top-10. They were William Byron (the race winner) and Suarez. He finished 4th at Atlanta in March. I will have Suarez on my team this week and hope he brings the same speed to the track Sunday.

ERIC JONES (5): I will take a chance with Jones this week. He had a good race at Atlanta in March. The No. 43 car had the sixth-best average running position (10.96), the ninth-best driver rating (85.5) and finished 14th in the race. He also scored six Stage Points. Jones ranks eighth in the three races using the Superspeedway aero package this year. I will take a chance with him at Atlanta.