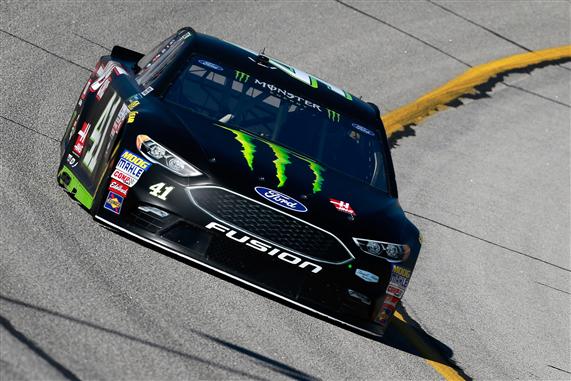 Kevin Harvick (9): Atlanta is the best track for Harvick since the field caught up to him at Phoenix. Harvick has led at least 100 laps in every race at Atlanta since he joined Stewart-Haas Racing. He almost won the pole and he was fast in practice. Harvick is the best pick in the field this week.

Kurt Busch (9): This is the best track for Busch so there will be no better race to use the No. 41 car. Busch has finished the last two races at Atlanta in the top 7. Busch has led the 2nd-most laps at Atlanta since the race was moved to February. He starts 7th and will have a great chance to finish in the top 5 Sunday.

Jamie McMurray (9): I wanted to use Chase Elliott in this spot. I thought he was going to be a lock for a top-five finish but it is too risky to use the No. 9 car when he starts 27th. I will go with McMurray instead. McMurray starts 12th and he said last year they found a way to run this track. McMurray finished in the top 10 last year and I think he can do it again this week.

Alex Bowman (9): It is hard to pick between Alex Bowman and Darrell Wallace Jr. this week. Both drivers ran similar speed and practice and they qualified right next to each other (Bowman 18th and Wallace 19th). I expect both of these drivers to run well but I will go with Bowman since he had a little faster speed in the final practice.