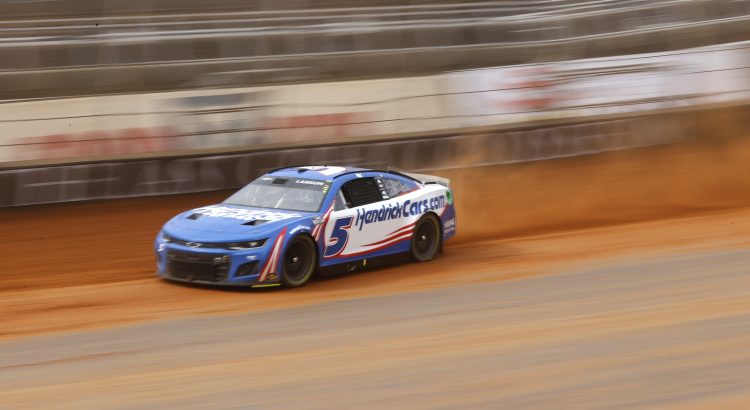 This is an unusual schedule for the Cup Series. The teams had two 50 minute practice sessions Friday and then they qualified by racing in 15 lap Heat Races. So that means we were able to see the speed the drivers had in practice and how their cars performed in race conditions. I used this data for the starting lineup Sunday evening.

Here is my starting lineup for the Bristol Dirt Race…

KYLE LARSON (8): I know the allocations are valuable and this is a risky race to use Larson at, but I cannot fade the best dirt track racer in the world in the Bristol Dirt Race. Larson posted the sixth-fastest speed and he had the third-fastest long run speed. Larson qualified fifth for the race. Larson will have a good chance to win Sunday night so I will use him in the race.

CHRISTOPHER BELL (9): Bell is one of the best dirt track racers in the field and he looked good so far this weekend. Bell posted the fifth-fastest speed in practice and won his heat race and starts on the front row. This is a good race to use an allocation with Bell.

TODD GILLILAND (9): Gilliland skipped over the Xfinity Series and landed a spot in a Cup Series car. That is a good thing this week. The Truck Series competes the most on dirt tracks and Gilliland has had a lot of success. He finished his last three dirt track races in the Truck Series in the top-five. Gilliland looked fast in practice. He posted the third fastest speed and qualified 23rd. Not many teams are using Gilliland this week so he could help us climb in our league standings.