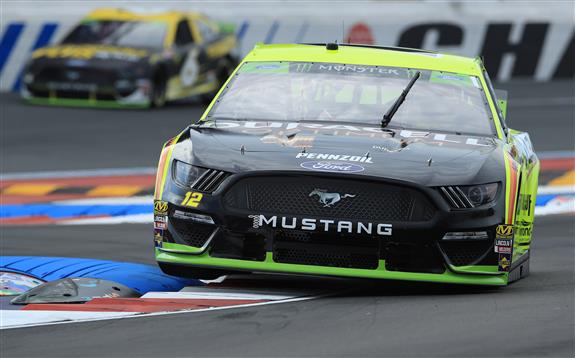 The last race of the Round of 12 takes place this week at the Charlotte Roval. This race last year looked like a Superspeedway race. There were a lot of lead changes (14) and a lot of cautions (10). Some drivers have quickly figured out how to get around the Roval, while others look completely lost. It should be fun to see who can advance in the playoffs and which drivers have their seasons ended. 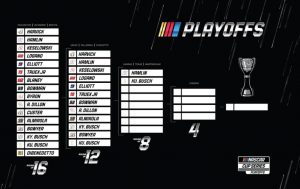 Here are my picks for the Bank of America Roval 400 …

Chase Elliott (Start): Chase Elliott is the best pick this week and it isn’t even close. Elliott has won the last three races on the road courses and four of the last six. He starts on the front row so he should take an early lead and many never give it up. Elliott was in another zip code at the Daytona Roval race earlier this year. It could be the same situation Sunday.

Martin Truex Jr. (Bench): Martin Truex Jr should be your driver if for some reason you do not or cannot use Chase Elliott. Truex should have won the inaugural race at the Charlotte Roval but he was spun out by Jimmie Johnson in the final turn. Truex has finished 1st or 2nd in five of the last eight road course races. It should be a battle between the No. 9 and No. 19 cars Sunday.

Clint Bowyer (Start): I have one allocation left with Clint Bowyer and I am going to use it this week. I want to use Bowyer while he is in the playoffs with a guaranteed starting spot in the top 12. Bowyer has been very good at the Charlotte Roval. He finished 3rd in the first race in 2018 and 4th last year. He also finished 6th at the Daytona Roval race this season. Bowyer is almost in a “must win” situation Sunday. He just may get the trip to Victory Lane that he needs.

Jimmie Johnson (Start): There is something about Charlotte Motor Speedway that brings out the best in Jimmie Johnson. It does not matter if it is the Coca-Cola 600 or the Charlotte Roval, Johnson always finishes up front at this track. He nearly won the first Roval race at Charlotte in 2018. He came back and finished 9th in the Bank of America Roval 400 last year. Johnson also finished 4th at the Daytona Roval race in August. The No. 48 car should finish in the top 10 again Sunday.

Ryan Blaney (Use if you can): Ryan Blaney won the first race at the Charlotte Roval and he should be good again this week. Blaney has become a good road course driver. He has finished four of his last five races on these tracks in the top eight. His average finishing position at the Charlotte Roval is 4.5. Blaney would be a good driver for your team if you have a lot of allocations left with the No. 12 car.

Alex Bowman (Use if you can): All of the Hendrick Motorsports cars finished in the top 10 at the Charlotte Roval last year. The final laps were a battle between Chase Elliott and Alex Bowman. The No. 88 car did not lead any laps but Bowman did finish second. He also finished 4th in the first race at the Charlotte Roval. I would use Bowman over Jimmie Johnson if I could but I am out of allocations with the No. 88 car. He should finish in the top 10 Sunday.

Michael McDowell (Start): The Charlotte Roval is a good race to use an allocation with Michael McDowell. He is one of the better road course drivers in the Cup Series. McDowell finished 18th in his first race at the Roval and 12th last year. He also finished 10th at the Daytona Roval in August. McDowell is by far the best choice in Group C this week.

Ty Dillon (Bench): Ty Dillon would be another good choice for Group C. He will have some momentum after his top-five finish at Talladega. Dillon finished 15th at the Charlotte Roval last year. He also had decent race at the Daytona Roval in August. Dillon started 23rd, had 17th place average running position and finished 20th. He needs a good race Sunday to help him find a seat in the Cup Series for the 2021 season.