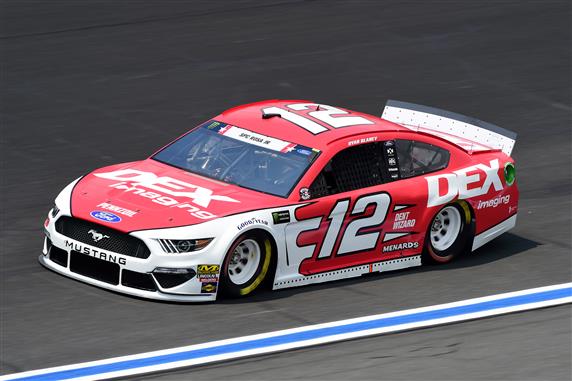 NASCAR will compete in one of their “Crown Jewel” races this week. The Cup Series will have their home uniforms on (which are covered in Red, White and Blue) for the Coca-Cola 600. The race at Charlotte Motor Speedway is the longest race of the season so of course it requires a unique schedule.

I will post my picks for the Driver Group Game after practice Friday night (roughly 8:30 p.m. ET). I want to give you an idea of which drivers I am thinking about using Sunday night just in case you are not able to check the site Friday night for the updated picks.

Here are my early picks for the Coca-Cola 600…

Chase Elliott (6): Chase Elliott got off to a slow start on the 1.5-mile tracks this year, but he had a good race earlier this month at Kansas. Elliott started 17th and finished 5th. He also has a history of running well in the Coca-Cola 600. Elliott finished 1st, 2nd, 4th, 11th and 2nd in his last 5 races at Charlotte. Hendrick Motorsports is on fire so I want as many of their drivers as possible Sunday night.

Ryan Blaney (8): Ryan Blaney is at his best on the 1.5-mile tracks and he should be good again Sunday night. Blaney finished 3rd in both races at Charlotte last year. He also won the race at Atlanta and finished 5th at Las Vegas this year. I will use Blaney in Group A if the No. 12 car looks fast in practice. If Blaney does not post a fast speed, I will pivot to Martin Truex Jr. or Denny Hamlin.

I would love to simply plug the Kyle’s into my Group B starting lineup and move on, but unfortunately we are limited in the number of times we can use drivers in the Driver Group Game. Kyle Larson and Kyle Busch are by far the best picks for Group B, but I only have 3 allocations left with Larson and 4 with Busch. The Coca-Cola 600 is an endurance race which usually produces some surprise drivers in the top-10. I will save the two Kyle’s for the shorter races unless they light up the track in practice Friday night.

William Byron (3): William Byron has been the most consistent driver in the Cup Series since the series left Daytona. Byron had his streak of 11 consecutive top-10 finishes broke at COTA. He finished 11th so it was not like he had a bad race. I am not worried about running out of allocations with Byron because I doubt he will stay this hot all season. I would not be surprised if my starting lineup had 3 drivers from Hendrick Motorsports Sunday since they are on a hot streak right now.

Alex Bowman (8): Alex Bowman leads Hendrick Motorsports with 2 trips to Victory Lane in 2021 (Dover and Richmond). He smoked the field last year in the Coca-Cola 600. Bowman led a race high 164 laps, won both Stages, but a flat tire caused him to finish 19th. He came back to the track three days later and led the second-most laps and finished 2nd in the race. Bowman should have a fast car again this week. I am surprised I have 8 allocations left with him. I plan to use one Sunday night.

Tyler Reddick (8): Tyler Reddick will be a driver I may use to save allocations with my top drivers this week. Reddick has been running well this season and I think he will continue to have success Sunday night. Reddick started 5th, score 8 Stage points and finished 8th in the Coca-Cola 600 last year. I will be watching Reddick closely in practice and if he looks fast, he will be on my team at Charlotte. I will also be watching his teammate Austin Dillon. The No. 3 car won the Coca-Cola 600 in 2017.

Chris Buescher (9): Chris Buescher finished 10th in the Coca-Cola 600 last year and Roush-Fenway Racing has a lot more speed in 2021. Buescher finished 7th at Atlanta and 8th at Kansas. He should have a good chance to finish in the top-10 at Charlotte. I would love to use the No. 17 car in the race and save an allocation with one of my top drivers this week. I just need to find the guts to pull the trigger with the No. 17 car in my starting lineup.

Ricky Stenhouse Jr. (5): Ricky Stenhouse Jr. has been my go-to-driver in Group C while I waited for Ross Chastain and Chase Briscoe to get more experience in the Cup Series. I may have to go back to Stenhouse one more time. He finished 4th at Charlotte last year and 5th in 2019. Charlotte Motor Speedway ranks as his best track. The plan right now is to use Stenhouse in the race, but that could change if he lays an egg in practice. I am not expecting that to happen though.

Ross Chastain (7): Ross Chastain is starting to show some improvement in the No. 42 car. He will have some momentum after his 4th-place finish at COTA. Chastain has been consistent on the 1.5-mile tracks this season. He finished 17th at Homestead, 14th at Atlanta and 14th at Kansas. Chastain should have the speed to finish in the top-15 Sunday night.