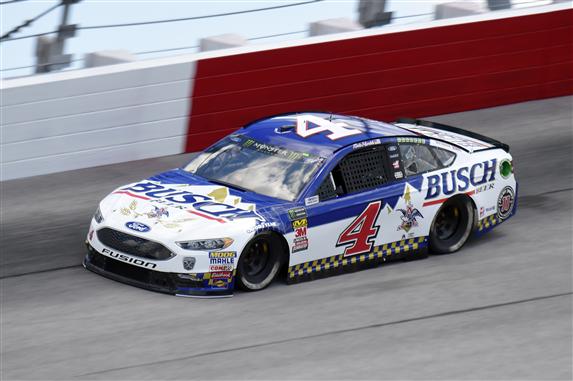 NASCAR has four races on the schedule which most people consider the “crown jewels” of the sport. It so happens that the final 2 races before the playoffs start include 2 of the 4 “crown jewel races” (Southern 500 and Brickyard 500). This week will be a throwback races with teams wrapping their cars in paint schemes of the past. It is one of my favorite races on the schedule. The Southern 500 can be seen Sunday evening at 6 p.m. ET on NBC Sports Network.

NASCAR will have a traditional schedule this week. There will be 2 practices Friday. The first is at 2 p.m. ET and final practice is at 4 p.m. ET (NBCSN). Qualifying will be Saturday at 2:30 p.m. ET (NBCSN). NASCAR will inspect the cars before qualifying so we do not need to worry about any drivers losing their starting position and going to the back Sunday night.

The cars will have the 550 HP engines with the 2” splitter, 8” spoiler and aero ducts. The drivers will have to lift more at Darlington than at other intermediate tracks so I would not expect the draft to come into play so much this week.

The 2018 Southern 500 was dominated by Kyle Larson. He qualified 2nd, won Stage1 and Stage 2, led 284 laps and finished 3rd. The Joe Gibbs Racing cars also ran well. Denny Hamlin won the pole and led 11 laps. Erik Jones scored 13 Stage points and finished 8th. Kyle Busch spent most of the day running in the top 10 and finished 7th. In the end it was Team Penske up front. Brad Keselowski won his 25th career race in his Rusty Wallace throwback paint scheme.

Here are my picks for Darlington…

Kevin Harvick (3): Harvick has the best Driver Ranking (111.3) on the steep tracks this season (Las Vegas, Dover and Bristol) and he is the most consistent driver in the field at Darlington. Harvick has 4.3 average finishing position at the Lady in Black since 2012. He is almost a lock for a top-5 finish Sunday night. Harvick has also won the pole for 3 of the last 4 races at the track. The No. 4 car will be a series threat to score bonus points for winning the pole. I plan to gamble with my second Group A driver was I will play it safe with Harvick leading the group.

Kyle Lason (8): Larson put on a clinic last year at Darlington. He 284 and won both Stages. Larson has averaged 204 laps led in the last 2 Southern 500s and he is averaging 17 Stage points per race. Larson nearly locked into a playoff spot but he needs points so he can finish the regular season in the top 10 (The top 10 regular season finishers earn playoff points). I expect Larson to run right up against the wall and dominate this race Sunday evening.

Denny Hamlin (3): Hamlin is too hot to ignore. If the playoffs started this week, Hamlin would be my favorite to win. Hamlin has finished 1st, 2nd, 3rd, 1st, 2nd and 5th in his last 6 races. When a driver is running this well you do not fade him. You burn the allocations even if you run out. Darlington ranks as the No. 1 track for Hamlin. He has finished 3 of the last 4 races at the Track Too Tough to Tame in the top 4. He is almost a lock for a top 5 finish this week.

Kurt Busch (2): Darlington ranks as the best track for Busch. He has the 2nd best Driver Rating and the 2nd best average finishing position. I expect Busch will learn a thing or two from his teammate (Kyle Larson) and that could make him more dangerous this week. Busch has run well on the steep tracks this season and he should be up front again Sunday night. I will have him on my team just in case my 3rd and 4th drivers from Group B stick up the place in practice.

Ryan Newman (7): I really want to use an allocation with Newman Sunday. He has been running very well this summer and Darlington ranks as his 5th best track. Newman is an old-school and this is an old-school track. I expect Newman to be in the middle of the pack in practice but finish near the 10th spot in the race. I just need the guts to pull the trigger and use him in my starting lineup.

Austin Dillon (8): I know what you are thinking…. Austin Dillon? Really?.. Darlington is a weird track (egg shaped) and Dillon is a weird dude. It is no surprise that this is his best track. Dillon has a 10th place average finishing position in the last 3 Southern 500s. Whenever we have an opportunity to get a top-10 finish from Dillon we need to take it. He finished 13th a few weeks ago at Michigan so there is a chance he could run well again Sunday night.

Matt DiBenedetto (5): The last 10 laps of the Bristol Night Race made me sick. I wanted Matty D to win so bad. This dude has talent to spare and I expect him to continue to try and stick it to the people who made the decision to release him at the end of the season. His stats at Darlington are not great but neither has the equipment he has been in. I expect another top 15 run from DiBenedetto Sunday night.

Chris Buescher (3): Buescher has been awesome this season and Darlington ranks as his best track. He has 3 career starts in the MENCS at the Lady in Black and he has never finished outside the top 17. Last year Buescher qualified 19th and finished 13th. He is running a lot better this season than he was in 2018. This is a good week to use an allocation with Buescher.