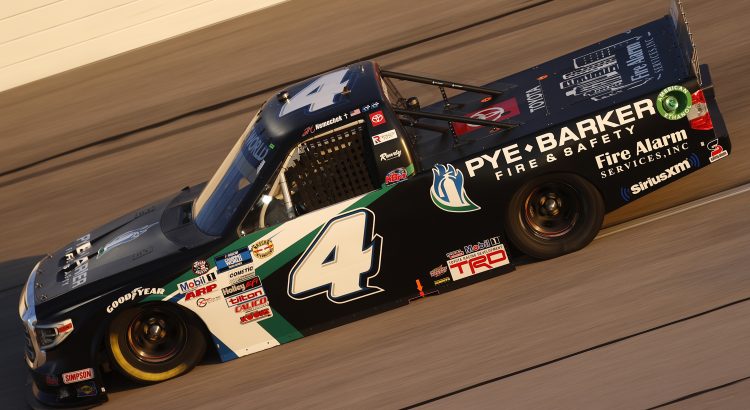 The NASCAR Cup Series will join the Truck and Xfinity Series in “Throwback Weekend” at Darlington Raceway. The cars will be wrapped in the iconic paint schemes of the past. It is a cool race to watch not only because of the looks of the cars but also because of the way the track wears out tires and puts on a good race. The Goodyear 400 can be seen Sunday at 3:30 p.m. ET on FS1.

The closest track in size and banking to Darlington is Dover. It is nice that NASCAR put the two races right next to each other on the schedule because the drivers who were fast last week so be good this week. Goodyear had major problems with the tires at the “Monster Mile”. The tires will wear out quickly at the “Lady in Black” but I doubt they will cut down to the cords like they did last week. Not when Goodyear is the title sponsor of the race.

I am using a mixture of track history and the data from last week’s race for the picks this week. Darlington is an egg-shaped 1.36-mile track that takes a while to figure out. Some drivers are just really good at this place. Any driver who checks both boxes (track history and good last week) will be in the lineup at Darlington.

Here are the picks for the Goodyear 400…

KYLE LARSON (6): Larson is once again the favorite to win at Darlington. He dominated his last four races at this track. Larson finished 2nd in both races last year and 2nd and 3rd in his two races in 2019 (He was suspended from the races in 2020). Larson average 120 laps led and he has averaged 16 Stage Points in his last 5 races at the Lady Black. Larson had a lot of speed last week and he should be up front scoring Stage Points with a chance to win Sunday.

MARTIN TRUEX JR. (8): Truex has not been to Victory Lane yet this year, but that could change Sunday. Truex completely dominated this race last year. He led 248 of the 293 laps, won both Stages and won the race. He came back in the playoffs and finished 4th at Darlington. Despite qualifying lit shit, Truex quickly made his way to the front at Dover. The No. 19 team is getting closer to figuring out the setup for the Gen-7 car. This could be the week when it all comes together for them.

ROSS CHASTAIN (7): How good has Chastain been this year? He won at COTA and Talladega. He finished second at Phoenix and Atlanta and the No. 1 car finished 3rd at Las Vegas and Dover. It doesn’t matter what the size or the shape of the track it in 2022. Chastain has good at all of them. I am not worried about his track history at Darlington. The No. 1 team is going to show up with a fast car and run up front. I want to use my allocations with Chastain before the rest of the teams close the gap and start winning races.

ALEX BOWMAN (7): Most of Bowman’s wins have been at tracks where the tires wear out quickly (Auto Club, Chicagoland….). It is surprising that he has not had more success at Darlington because he is the master at saving his tires over a long run. Maybe this is the year he figures out “The Track Too Tough to Tame.” I like what Hendrick Motorsports has going right now so I will use two of their drivers in my lineup this week.

JOEY LOGANO (8): Has anyone seen Logano? He was MIA at Dover. I was shocked how bad he sucked. I will give Logano a mulligan for that race. He has had a lot of success at Darlington so I expect the No. 22 team to show up with some speed this weekend. Logano has a 7.5 average finishing position in his last 4 races at Darlington. He “should” be good this week.

* If you feel like gambling this week, take a chance with Chris Buescher. He finished both races at Darlington in 9th place last year and he won the pole and finished 8th at Dover last week. His track history and speed last week should translate into success at Darlington.

ERIC JONES (7): The first thing I do when the Cup Series travels to Darlington Raceway is click on Jone’s name. Darlington is his best track and it is not even close. Jones won at Darlington in 2019. He finished 4th, 5th, 8th, 1st 8th and 5th in his 6 races at Darlington while driving the No. 20 car for Joe Gibbs Racing. The Gen-7 car has leveled the playing field so Jones should be able to have similar success in his No. 43 car for Richard Petty Racing. How cool would it be to see the No 43 car in Victory Lane on throwback weekend?

DANIEL SUAREZ (6): Suarez scared the crap out of me last week. He was running 8th and then fell back to 22nd and then went up to 10th and then fell back to 20th. I was screaming at the TV, “Come on Amigo…. Get your shit together!”” Suarez ended up finishing 14th which was 2nd best in Group C (behind Erik Jones who finished 10th). I will go back to Suarez this week and hope he can be a bit more consistent in the race.