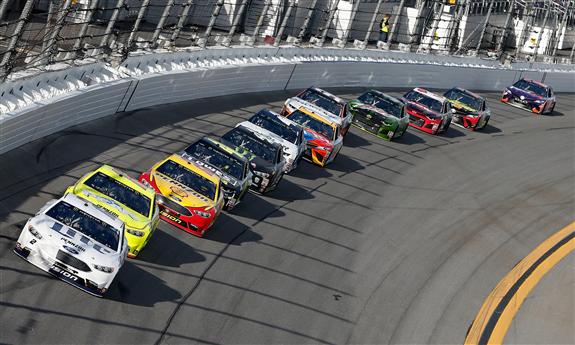 The 2019 Fantasy NASCAR season kicks off this week with the 61st running of the Great American Race. The Driver Group Game is also back for its second season. This year it is on a new website. Go to drivergroupgame.com if you have not signed up yet. There are leagues available for you to play in if you are interested.

I mapped out my allocations with each driver for the entire season. I put it together like a puzzle so we have the best drivers at their best tracks. The Daytona 500 is not the race to use the elite drivers (Kyle Busch, Kevin Harvick and Martin Truex Jr.). Their allocations are too important at the smaller tracks to be used in this race.

Joey Logano (8): Logano is the favorite to win the Daytona 500 (7-1) and he should be. The 2015 Daytona 500 Champion is the best restrictor-plate driver in the field. He has finished 4th, 6th, 6th and 1st in his last four Daytona 500s. Logano won his Duel Race Thursday night and he will have a great chance to win again Sunday. It is not as important to save allocations in Group A since we can get 32 starts from simply using Kevin Harvick, Kyle Busch, Martin Truex Jr. and Joey Logano in each race. That does not include Chase Elliott, Brad Keselowski and Kyle Larson. So I will burn a start with Logano Sunday and not worry about allocations in this group.

Paul Menard (8): The No. 21 Wood Brother’s Ford looks bad fast this week. That is not surprising though. This team always brings fast cars to the Superspeedways. Menard dominated the Clash Race and he finished 3rd in his Duel Race. Menard finished 5th and 6th in his last two Daytona 500s. We only get 8 allocations with our drivers and this is a good time to use one with Menard.

Ricky StenhouseJr. (8): Stenhouse won at Daytona in 2017. He has the best average finishing position in the last 10 restrictor-plate races. I want as many Fords as possible and Stenhouse proved Thursday night that he is willing to work with his Ford teammates. Using Stenhouse this week allows us to save the top drivers in Group B for other tracks.

Jamie McMurray (8): McMurray is only scheduled to make one start this season. We need to use drivers who are in well funded cars when we have the chance to do so. McMurray will be driving for Spiral Management but his car was prepared by Chip Ganassi Racing. McMurray won the 2010 Daytona 500. He is the best choice in Group C this week.