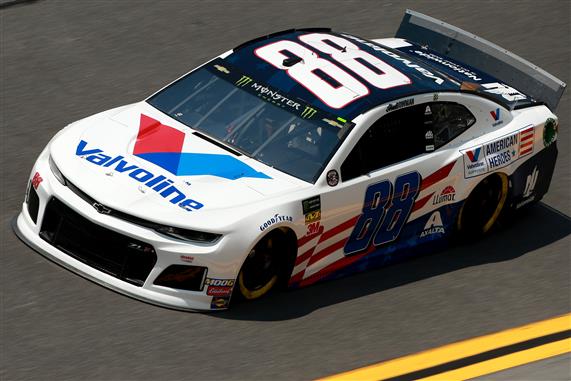 Joey Logano (4): Logano has been the best driver on the Superspeedways and it is not even close. Logano has finished six of the last seven races on these tracks in the top five. That is outstanding! Qualifying was canceled because of lightning so the No. 22 car will start on the pole and have the No. 1 pit stall. I expect the No. 22 car to lead a lot of laps, score a lot of Stage points and finish in the top 5 again.

Alex Bowman (8): I am playing the hot hand and using an allocation with Bowman Saturday night. Bowman has the second-best driver rating on the Superspeedways and the second-best driver rating at Daytona. He finished 11th in February at Daytona and 2nd at Talladega in April. Bowman has the 3rd best average finishing position in the last six races on the Superspeedways so I will roll the dice with the No. 88 car this week.

Ryan Newman (8): Newman is the safest pick in the field Saturday night. He is absolutely the best driver at staying out of trouble. In the last eight races on the Superspeedways, Newman has completed 1,502 of 1,502 and he has a 9.8 average finishing. Are you kidding me!! In the last 17 races on the Superspeedways Newman has ZERO DNFs!! I hope I did not just jinx him. I will play it safe with Newman this week.

Michael McDowell (7): McDowell may be the most underrated driver at Daytona. He has the fourth-best average finishing position and the sixth-best driver rating in the last five races at Daytona. McDowell has finished six of his last seven races at this track in the top 15. That includes a fourth place finish in the 2018 Coke Zero 400. It sucks that he starts so deep in the field but he should be able to work his way to the front rather quickly.