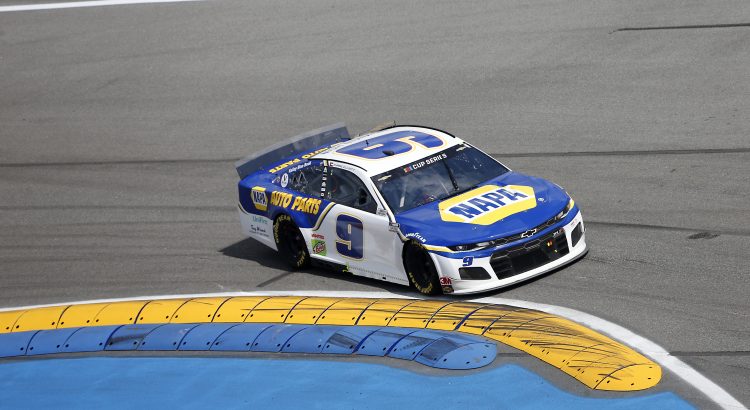 The 2021 Driver Group Game season is off and running… The Daytona 500 is a total crap-shoot and I was just hoping the picks could survive 500 miles of mayhem. It wasn’t looking good when Aric Almirola crashed on lap 14, but the rest of the race went well. I had the top driver in Group A (Joey Logano), the top driver in Group B (Austin Dillon) and the top driver in Group C (Michael McDowell) with one lap to go in the race. Unfortunately, Brad Keselowski and Joey Logano got together in the final turn. Dillon and McDowell carried the lineup, so it was not too bad. Now it is on to the Daytona Road Course.

The NASCAR Cup Series competed on the Daytona Road Course for the first time last August. The same drivers, who typically run up front on the road courses, dominated the race last year. NASCAR came back to the track last week to run the Busch Clash. The aero package was changed from the 550 HP aero package (run last year) to the 750 HP aero package (run last week). It may have been a different car, but the same drivers were up front. I expect the drivers who ran well in the Busch Clash to be the top picks for the Driver Group Game Sunday.

Here are my picks for the O’Reilly Auto Parts 253…

Group A Pick (Chase Elliott): Chase Elliott is the best pick in Group A this week. He won the last four road course races and the No. 9 car was the best at the Daytona Road Course last year. Elliott won Stage 1, finished 7th in Stage 2, led 34 of the 65 laps and went to Victory Lane. The only reason why he did not dominate the Busch Clash last week was because he started dead last. Sunday he starts on the pole and has the No. 1 pit stall. That should add up to a lot of laps led, a lot of Stage points and a great chance to go to Victory Lane again.

Other Good Picks include Joe Gibbs Racing Drivers:  Denny Hamlin and Martin Truex Jr. both had fast cars at the Daytona Road Course last year and they had two of the cars to beat last week in the Busch Clash race. I prefer Truex over Hamlin because the allocations with Hamlin are more valuable at other tracks. You cannot go wrong with any of the Joe Gibbs Racing drivers Sunday.

Allocation Saver: Ryan Blaney is a good pick if you are concerned with saving allocations. Blaney finished 31st at the Daytona Road Course last year but his results do not tell the entire story. Blaney was running third when he had a tire go down and he hit the wall. He returned to the track last week for the Busch Clash and came one turn and one No. 9 car in his door away from winning his second road course race. If Kyle Busch is in your Group A and Blaney is in Group B, make sure you use Blaney as one of your drivers in Group B.

Group B (Kyle Busch): I wasn’t planning on using Kyle Busch this week but then I researched the last race at the Daytona Road Course and watched him go to Victory Lane last Tuesday on this track. Busch had a fast car last year but had a tire go down early in the race. He came back last week and ran most of the race in the top five. I mapped out my allocations with Rowdy at his best tracks and I had one start left over. I will use it this week.

Group B (William Byron): I was hoping for a good finish in the Daytona 500 for Slick Willy, but he crashed on lap 14. Now Byron will start deep in the field Sunday. I am not too worried about it. The drivers who start in front of him are not very good road course drivers. Byron started 13th in this race last year and he finished 7th in Stage 1, 4th in Stage 2 and 8th in the race. Not too bad. He came back to the track last week and finished 5th in the Busch Clash. I want as many Hendrick Motorsports and Joe Gibbs Racing cars as possible Sunday.

Other Good Picks: Sticking to the Hendrick Motorsports theme… I will also recommend Alex Bowman. He is not the first name that comes to mind when people think about road course racing, but he has had some success. Bowman started 27th in the Daytona Road Course race last year and finished 12th. He returned to the track last week and finished 7th. Bowman has also finished 4th, 2nd and 8th in his 3 races at the Charlotte Roval. If you do not want to use Kyle Busch, replace him with Bowman.

Allocation Save: Tyler Reddick was nowhere near my radar for this race and then they ran the Busch Clash. Reddick started 6th and kept his car up front the entire race. Reddick was able to lead a lap and he finished 4th in the race. This week the race is twice as long as the Busch Clash so it may be tough for Reddick to stay out of trouble for 253 miles, but he is worth a chance if you want to save allocations with your top drivers this week.

Group C (Michael McDowell): Group C is not tough this week. We need to decide between Michael McDowell and AJ Allmendinger. They are by far the two best choices in this group. I went with McDowell because he starts on the front row and Allmendinger starts last because his team is switching drivers from the last race (They had Kaz Grala in the car in the Daytona 500). McDowell started 30th at the Daytona Road Course last year and had no problem getting to the front. McDowell had an 11th-place average running position (7th best) and finished 10th. He should be able to run in the top 10, score a lot of Stage points and finish in the top 10 Sunday.

Other Good Picks: A.J. Allmendinger will be tough to leave on the bench this week. No driver in the field comes anywhere close to Allmendinger when it comes to experience on the Daytona Road Course. He has run 8 Rolex 24 Hours of Daytona Races and finished 6 of them in the top 10. The reasons why I did not use Allmendinger is because he starts last (should not be an issue though) and he has a brand new team. Kaulig Racing had mechanical issues in the Daytona 500 and I am scared they may have the same issues Sunday. I will use Allmendinger in DFS and play Michael McDowell in the Driver Group Game.