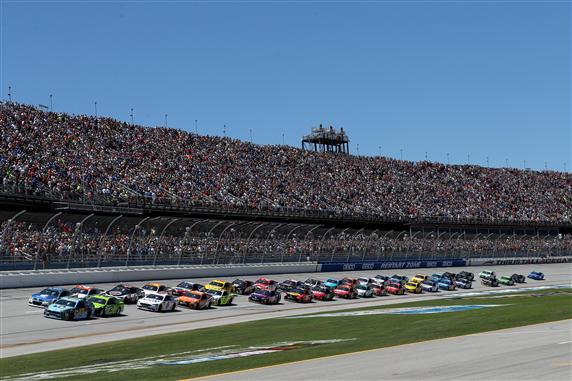 The 2018 MENCS season kicks off with the 60th running of the Daytona 500. It is also the kickoff of the first season for the Driver Group Game. I am really happy that Fantasy Racing Cheat Sheet decided to step up and fill the void left by the departure of Yahoo. It should be a great season, so let’s kick it off with some picks….

The scoring and rules are essentially the same for the Driver Group Game as to what we had in the Yahoo Fantasy Auto Racing game. The only drastic change is for the race winner. The Driver Group Game awards 10 additional points to the drive who wins the race. Hopefully one of our drivers will earn those 10 bonus points this week.

Joey Logano (9): I debated between Joey Logano and Denny Hamlin for my Group A pick. Both should be very good, but Logano has been more reliable at Daytona. He has finished 6th in 2017, 6th in 2016 and 1st in 2015. The Team Penske Fords look very fast this week and I am not so sure they will have the same advantage at the smaller tracks. I will use an allocation with Logano this week and save Hamlin for the tracks in Virginia.

Ryan Blaney (9): Blaney is an awesome pick this week. The question is whether or not to burn an allocation with him. I mapped out the best tracks for each driver and I was able to make an allocation with Blaney at Daytona work. He won the Duel race last Thursday and it would surprise no one if he won the Daytona 500.

Paul Menard (9): Who is the only driver to finish both races at Daytona in the top 5 last year? Mr. Paul Menard. His worst finish at a restrictor-plate track last year was 13th at Talladega. Menard is in a better car this year and he will work with the Team Penske Fords to stay up front.

* Chase Elliott is ranked as my top driver, but I cannot burn an allocation with the best driver in Group B at Daytona

Michael McDowell (9): McDowell has been money at Daytona. He has four consecutive top-15 finishes at Daytona. Last year he finished 4th and 15th in the two races. I thought about going with Danica Patrick but after mapping out the allocations for the season; I found that I do not need to rick using Patrick in this race.