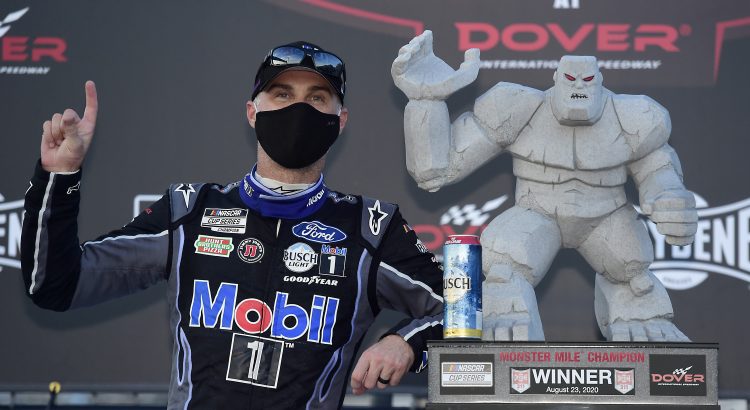 The NASCAR Cup Series will travel to Dover International Speedway this week to battle Miles the Monster. This will be the fifth race this season using the 750 HP aero package on an oval tracks (they also used it at the Daytona Road Course). The same drivers continue to run up front using this package, so this race should not be difficult to handicap. The Drydene 400 can be seen Sunday at 2 p.m. ET on FS1.

The Driver Group Game picks got off to a horrible start and now they are starting to heat up. The picks scored 350 points last week at Darlington, 326 at Kansas and 326 at Talladega. The total score for the season is 3,457 points and they are beating 97.1% of the entries (ranked 31st overall). I have a good plan with the allocations to keep this hot streak going over the summer.

Here are my picks for Dover …

Group A Pick: Martin Truex Jr. (6) has won three races this season and they all came in the 750 HP aero package races (Phoenix, Martinsville and Darlington). Truex will start on the pole, have the No. 1 pit stall and a great chance to totally dominate this race. He has finished 1st, 2nd, 2nd and 2nd in his last four races at Dover. Truex also averaged 9 Stage points and 59 laps led in those races. He is the safest pick in the field Sunday.

Other Good Picks include: Denny Hamlin (7) is still looking for his first win this year and he could get it at Dover. Hamlin starts in the front row so he will have the track position to dominate some of this race. He has a series-best 3.2 average finishing position in the races where the 750 HP aero package was used this season. Hamlin won at Dover last year and he lead 218 laps in the race in 2019. If you are not using Martin Truex Jr., you need to have Hamlin as your Group A driver Sunday.

Group B Pick: Kyle Larson (4) did not compete in the two races at Dover last year but he put a whipping on the field in his last race at the Monster Mile. He led 154 laps, scored 17 Stage points and won the race. Dover ranks as his second-best track so I will use an allocation with Larson this week. I am down to four starts with the No. 5 car, but I do not plan to use him again until after the Olympic break.

Group B Pick: William Byron (4) is on a hot streak right now and I am going to keep using him until he cools off. Byron will tie Jeff Gordon for the most consecutive top-10 finishes for Hendrick Motorsports if he can continue his streak at Dover. Byron has now finished 10 races in a row in the top 10. He started 23rd last year at Dover, and drove right through the field. Byron scored 13 Stage points and finished fourth in the race. He is running a lot better this season. Byron starts 3rd so he should score a lot of Stage points and have a good chance to finish in the top-five Sunday.

Other Good Picks: Kyle Busch (4) should be your Group B driver if you do not plan to use Kyle Larson. Busch is starting to heat up. He won the race at Kansas two weeks ago and he finished 3rd last week at Darlington. He has been pretty good in the 750 HP aero package at Dover. His average finishing position in those races is 9th. Busch starts 6th and he should run most of the race in the top-10; scoring a lot of Stage points. I would not be surprised if Rowdy won this week.

Allocation Save: Christopher Bell (7) should be your pick if your want to save allocations this week. Joe Gibbs Racing dominated the race at Dover last year. Their drivers finished 1st, 2nd and 3rd and they have dominated the races in the 750 HP aero package this season. Bell ran really well at Dover in the Xfinity Series (He has two wins at the track). He should be able to finish in the top-10 Sunday.

Group C Pick: Ross Chastain (8) will be my pick in Group C. Chastain has improved over the last month. He finished 17th at Martinsville, 15th at Richmond, 14th at Kansas and 15th at Darlington. He ran well at Dover in the Xfinity Series last year. Chastain finished 3rd in the first race and 2nd in the second race. He should be able to finish in the top-15 again Sunday.

Other Good Picks: Chase Briscoe (8) is another driver who is starting to improve. Briscoe has a 14.6 average finishing position in his last three races. He totally dominated the Xfinity Series race at Dover last year. Briscoe led 107 laps on his way to Victory Lane. I am sure he will have the same setup as Kevin Harvick this week. If you do not trust Ross Chastain, Briscoe is the nest best choice.