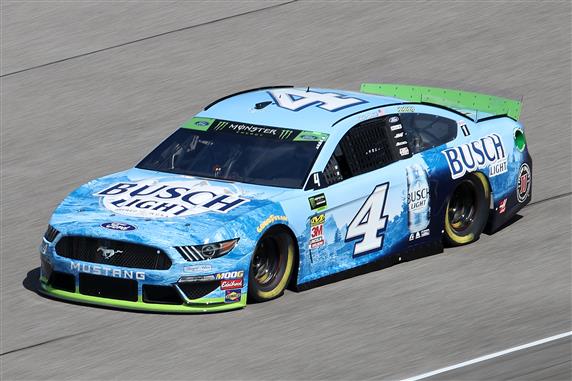 The Cup Series will get back to racing on 1.5-mile track this week. The racing at Homestead should be a bit different from what we have seen in the past. The track is going to be much hotter and slicker then what we see in November. Also, the field has a habit of “pulling over” for the four drivers competing for the championship in November. That will not happen in this race. The Dixie Vodka 400 can be Sunday at 3:30 p.m. ET on Fox.

We have a lot of data to use to help make our picks this week. The Cup Series has competed on five intermediate tracks since they returned from the Covid-19 break and seven races overall this season. The data from Las Vegas, Darlington, Charlotte and Atlanta can all be used for this race. Goodyear brought the same tire used at Darlington to Homestead so we can put a little extra focus on that race. Also I was told by a crew chief that he expects this track to race like Atlanta so I put a little extra emphasis on that race. We can also look at what happened in the last race at Homestead.

Here are my picks for the Dixie Vodka 400…

(Start) Kevin Harvick: So how good is Kevin Harvick at Homestead? He has finished 17 of his 19 races at the track in the top 10. That is stupid consistency. Harvick has finished 4th, 3rd, 4th, 3rd, 2nd and 1st at since he joined Stewart-Haas Racing.  He also leads the series in average finishing position (5.5) and laps led (542) on the intermediate tracks this season. Harvick has wins at Darlington and Atlanta. Drivers will have to take care of their tires Sunday and Harvick is the best. The No. 4 car is the safest pick in the field for this race.

(Bench) Martin Trux Jr.: There really is no need to look any further than Martin Truex Jr. for your Group A driver Sunday if you are almost out of allocations with Kevin Harvick. Truex has finished 1st, 2nd and 2nd in his last three races at Homestead. Truex has also averaged 67 laps led and scored top-five points in every Stage at Homestead. The Joe Gibbs Racing cars came to life at Atlanta and I expect Truex to run up front in this race and have a great chance to make it back-to-back wins in the Cup Series.

(Start) Jimmie Johnson: Speed has not been a problem for the No. 48 team this season. Jimmie Johnson has been fast at every track. He finished 5th at Las Vegas, 8th at Darlington, 11th and should have been 2nd at Charlotte (He was DQ’d for being too low) and 7th at Atlanta. Johnson ran well at Homestead last year. What I really liked about his run in 2019 is that his car was the best on the track in the sun but went to the tight side under the lights. It will be hot for the entire race Sunday so if they bring the same setup, Johnson should be lightning fast.

(Start) Erik Jones: Erik Jones has had the 2nd-fastest car for Joe Gibbs Racing this season according to the stats. His green flag speed is 6th-best and faster than Kyle Busch and Denny Hamlin. The problem with Jones is his pit crew. If they can avoid mistakes, Jones should easily finish in the top 10. Jones had one of the fastest cars at Homestead last year. He started 16th and finished 3rd. I doubt he will win but he should have a good chance for a top-10 finish.

(Bench) Alex Bowman: The No. 88 car has had a lot of speed this year. Alex Bowman 164 laps at Charlotte and 41 laps at Darlington. He won at Fontana and finished second at Darlington using the same tire they will use Sunday. Bowman finished 9th at Homestead last year and Hendrick Motorsports has a lot more speed in 2020. This is a good race to use another allocation with the No. 88 car.

(Bench) Clint Bowyer: Clint Bowyer has a group of tracks where he runs well and Homestead is one of them. Bowyer has finished 6th, 8th and 12th at Homestead since joining Stewart-Haas Racing. He has also finished 10 of his last 12 races at this track in the top 12. That is ridiculously consistent. The most similar track to Homestead is Las Vegas because of the tire wear and banking. Bowyer finished 12th in that race and I expect the No. 14 car to finish in the top 12 again Sunday.

(Allocation Saver) Austin Dillon: Austin Dillon is your driver if you want to save allocations. The No. 3 team has been running well this season and Homestead is his best track. Dillon has finished 8th, 11th, 11th, 12th and 14th in his races at Homestead since 2014. That is pretty good. Dillon also just finished 8th at Charlotte and 11th at Atlanta. He should have a good chance to finish in the top 12 Sunday.

Tyler Reddick: How much do I like Tyler Reddick this week? I will be putting $20 on him to win the race. Reddick has been running well this season and Homestead is by far his best track. Reddick smoked the field in the last two Xfinity Series races at Homestead. He started first and won the race in 2018. Last year he won the pole, led 84 laps and went to Victory Lane to win his second Xfinity Series championship. This is the best race to use Reddick in your lineup.

Cole Custer: If you are running out of allocations with Tyler Reddick and you want to use another driver, I recommend using Cole Custer. The only thing keeping Custer from being a two-time Xfinity Series Champion is Reddick. Custer ran right in his tire tracks at Homestead. Custer finished 2nd, 2nd and 1st in his three races at Homestead. He also averaged 97 laps led in those races. This should be a good race to use an allocation with Custer.