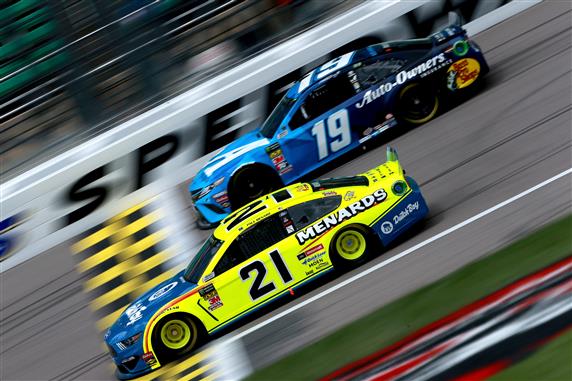 Kevin Harvick (6): Should we use Harvick this week? He won this race last year and the No. 4 team brought a fast car back to the track for the race Saturday night. Harvick had the fastest car that did not make a qualifying run in the morning practice, 4th fastest in final practice and he was fastest on the 10-lap, 15-lap and 20-lap speed charts. Oh…and he starts from the pole. You do not need to be a Fantasy NASCAR expert to know Harvick is a great pick this week.

Kurt Busch (7): Busch should have a good chance to run up front Saturday night. Busch had the fastest car in final practice and the 4th-fastest 10-lap average speed. Busch has finished all 5 races on the intermediate tracks in the top 10 this season. He finished 8th in this race last year. I will roll the dice with the Global Poker car Saturday night.

Erik Jones (6): I sure wish I had Almirola this week. I had him in my lineup but changed the pick to Erik Jones at the last minute. That sucks, but I still think Jones will be good this week. Joe Gibbs Racing has been fast on the 1.5-mile tracks but Jones has had some bad luck. He did finish 4th in the last race at an intermediate track (Texas). Jones was 12th fastest in final practice with the 9th fastest 10-lap speed. I will use an allocation with the No. 20 car Saturday night.

Daniel Hemric (5): Hemric said he liked the way his car drove in practice. Richard Childress Racing has been one of the best teams at qualifying this season but their cars have performed poorly in the race. The team changed their strategy for the race this week. They dialed back the speed and put more handling into their cars. I expect the No. 8 car to drive well and finish inside the top 20.