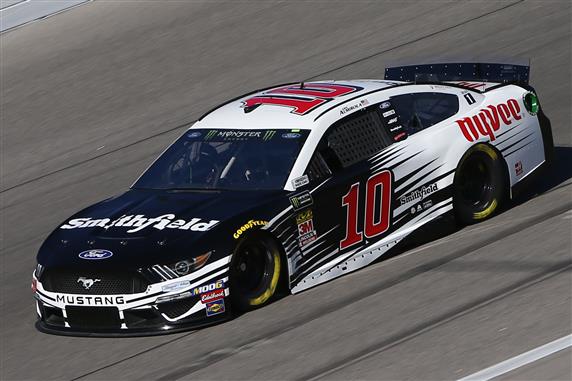 There are five races left in the 2019 MENCS season and allocations are becoming more difficult to find in the Driver Group Game. The races on the 1.5-mile tracks have been dominated by the well funded teams so it is a good idea to use some of your top drivers this week. It should be fun to see how the last race of the Round of 12 plays out. The Hollywood Casino 400 can be seen Sunday at 2:30 p.m. ET on NBC.

Kyle Busch (2): Busch has not been himself for a couple of months. I think this is the week when the real Kyle Busch shows up. He said on NBC Sport’s Motor Mouths this week, “We were not concerned with the previous races because we really had nothing to race for. The last 5 tracks are very good for us so I plan to spend a lot of time leading laps in those races.” Busch posted the fastest speed on the 5-lap, 10-lap, 15-lap, 20-lap, 25-lap and 30-lap average speed charts. His car simply did not fall off like the others. Busch is a good play this week.

Ryan Blaney (2): Blaney has a lot of momentum this week after his win at Talladega. Kansas ranks as one of his best tracks and he had a lot of speed in practice. Blaney posted the 5th fastest lap with the 2nd fastest 10-lap average speed. Blaney qualified 3rd so he has the track position to score a lot of Stage points and he has the skill to finish in the top 5 at Kansas Speedway.

Aric Almirola (3): I am going to take a gamble with Almirola Sunday. Kansas is the track where he broke his back but for some reason he keeps saying it is his favorite place to race. Almirola posted the 10th fastest speed in final practice with the 12th fastest long-run speed. His average finishing position at Kansas is 11th and that was in some underfunded cars. Almirola qualified 13th so he has the track position to run well Sunday.

* I put Denny Hamlin on the team for qualifying points. I thought the cool track early in the qualifying order would pay off. I did not think they would dial so much down-force into their car. I will save my last allocation with Hamlin for Martinsville.

** I really thought Kurt Busch would qualify upfront and race up front. I do not want to use my last allocation with Busch when he quailed 15th. I will save him for Texas or Phoenix.

Ty Dillon (3): I gambled this week and left Chris Buescher off my team. I only have 1 allocation with him and he is better at his home track at Texas. Dillon should be a good pivot from Buescher Sunday. The No. 13 team received some extra funding before the playoffs started and it allowed the team to use the Optimal Scanning System (O.S.S.) to trim out the car before it arrived at the track. This allowed Dillon to finish 16th at Las Vegas. I am hoping for similar results from Dillon Sunday.