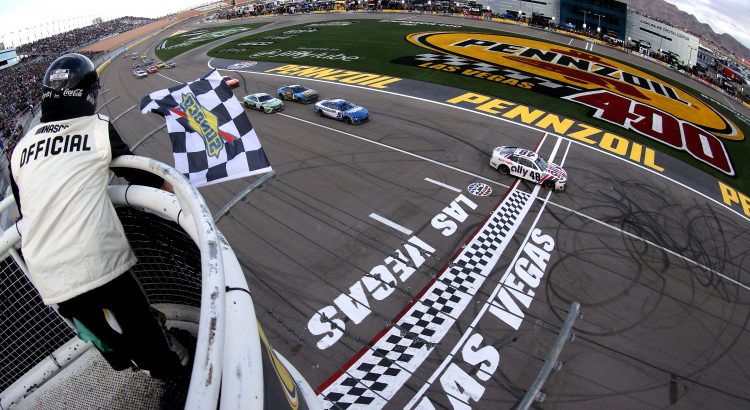 The Cup Series is now entering the Round of 8. The drivers who are still alive in the playoffs include Chase Elliott, Joey Logano, Ross Chastain, Christopher Bell, Ryan Blaney, William Byron, Denny Hamlin and Chase Briscoe. Will one of these drivers win Sunday at Las Vegas or could the Cup Series have another non-playoff driver in Victory Lane. Four of the six playoff races have been won by drivers who are not competing for the championship. Expect the unexpected Sunday in Sin City. The South Point Casino 400 can be seen Sunday at 2:30 p.m. ET on NBC.

There are only four races left in the 2022 season. If you are like me, you will look at the allocations you have left with each driver and you will think, “Oh no… I am screwed.” Do not panic. We should run out of allocations with our top drivers. The people who have 3 or 4 allocations left with their top drivers are likely at the bottom of your league standings. We need to continue to choose the best drivers possible and do not worry about allocations. The 2022 season has been so chaotic that week could use Chris Buescher and Chase Briscoe at Phoenix and still have a good chance of both drivers finishing in the top 10. I am not holding back this week. I will use the best drivers possible and figure the next race, next week.

Here are the picks for the South Point Casino 400 …

DENNY HAMLIN (7): Could this be the season when Hamlin wins his first championship? He survived his toughest round and now he gets three of his best tracks. Hamlin won this race last year and he was running up front in March when he had mechanical issues with the car. The race most similar to Las Vegas is Kansas. Hamlin finished 2nd and 4th in the Heartland. He will have a great chance to win Sunday.

KYLE LARSON (2): It is hard to believe the defending Cup Series Champion is eliminated from the playoffs. So how will Larson respond Sunday? Usually I would say we must fade Larson and focus on the drivers competing for the championship, but 2022 is different. The non-playoff drivers have been just as good as the playoff drivers so I will use Larson at one of his best tracks. He finished 2nd at Las Vegas in March and he finished 2nd and 8th in the two races at Kansas. Larson should be a threat to win the South Point Casino 400.

TYLER REDDICK (1): I only have one allocation with Reddick and I would love to save it for Homestead since he will be riding up against the wall next week and has a great chance to win, but I cannot ignore the speed the No. 8 car has had at the 1.5-mile tracks. Reddick posted the fastest speed in practice and on all of the long-run speed charts at Kansas in September. Reddick won the pole and was dominating the race when he had a blown tire and hit the wall. Reddick then showed up at Texas two weeks later with the same speed. Reddick won at Texas and he will have another good chance to win Sunday at Las Vegas.

CHRISTOPHER BELL (1): Bell and Chase Elliott have been the two most consistent drivers this year. Bell finished 10th at Las Vegas in March. He also finished 3rd and 5th in the two races at Kansas. I only have one allocation left with Bell and Las Vegas is his best track left on the schedule. I will have the No. 20 car in my lineup. If Bell looks fast in practice and qualifies up front, I will use him in the race. If he is not fast, I will save him for Phoenix.

WILLIAM BYRON (1): Byron has been the most consistent driver in the playoffs this year. His average finishing position in the six playoff races is 8.7. That is the best in the Cup Series. Hendrick Motorsports had the best cars at Las Vegas in March. Alex Bowman won the race, Kyle Larson finished 2nd and Byron finished 5th. Byron also finished 6th at Kansas and 7th at Texas last month. The No. 24 car should run up front again Sunday.

ROSS CHASTAIN (2): Chastain has the best stats on the 1.5-mile tracks this year. His average finishing position is 9th, he has led 241 laps and scored the most Stage Points. Most of this success came in the first-half of the season. Chastain is not the same driver he was earlier in the season, but he should still be good Sunday. Chastain led 83 laps and finished 3rd at Las Vegas in March. I will take a chance with the No. 1 car Sunday.

DANIEL SUAREZ (2): It was hard to watch Suarez last week navigate his car around the Roval without power-steering. Hopefully he still has some muscles left to drive the car Sunday because Suarez should be the best pick in Group C. Suarez finished 10th at Kansas and 12th at Texas in the playoffs so he has been pretty good on the 1.5-mile tracks recently. His teammate (Ross Chastain) had the best car at Las Vegas in March so Suarez will have some good notes to work with this weekend. I will roll the dice with My Amigo Sunday.

AUSTIN CINDRIC (1): Las Vegas Motor Speedway has historically been the best track for Team Penske Racing. Brad Keselowski and Joey Logano won five races at Las Vegas for Team Penske. I doubt Cindric will win the race but he should qualify up front and have a good chance to finish in the top-10. I plan to use Daniel Suarez in the race and Cindric for qualifying points, but I will use my last allocation with Cindric if he looks fast in practice.