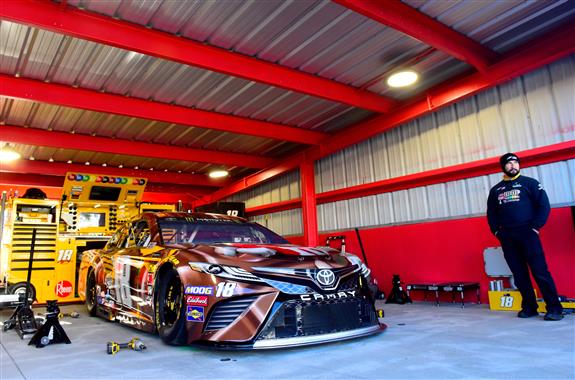 The MENCS returns to the east coast this week for some short track racing at Martinsville. Drivers either know how to turn fast laps at this track or they do not. The chances of a driver who has not had much success at Martinsville running well Sunday are slim. The stars of the sport should dominate this week so we will have to use our allocations with some of the most popular drivers Sunday.

* NASCAR will inspect the cars Sunday morning at 8 a.m. ET. They should be complete by 10 a.m. ET. Any cars who fail inspection will lose their starting spot and start from the rear. Be sure to check back Sunday afternoon to see if I had to make any changes to my picks based on failed race inspection.

Joey Logano (6): Logano dominated the last race at Martinsville last October and he should run well Sunday. Logano led 309 of the 500 laps in the last race at the paperclip shaped track. Logano had the 8th fastest car on the long runs in final practice. He qualified on the pole and track position is very important at this track. The No. 1 pit stall and his No. 2 ranked pit crew should keep him up front too.  I will use an allocation with Logano and save the allocation with Kyle Busch for another race.

Denny Hamlin (7): Hamlin spent a lot of time complaining about his car in practice. His lap times do not reflect his problems. Hamlin had the 6th fastest car on the long runs in final practice. He qualified 5th so he will have the track position to keep him up front at the start of the race. Hamlin finished both races at Martinsville in the top 7 last year. He should run near the top 5 again Sunday.

Clint Bowyer (7): Bowyer is a must start this week. Martinsville is by far his best track. Bowyer won the STP 500 last year and he should have a good chance to do it again. He said in practice that his car is good enough to win. Bowyer has the third-best driver rating in the last 3 races at Martinsville. This is a great race to use an allocation with the No. 14 car.

Chris Buescher (7): Buescher finished 13th in this race last year and he should have a good chance to finish in the top 20 Sunday. Buescher liked his car in final practice. He posted the 16th fastest long run speed in practice so his car has the speed to run well. Buescher will start 13th and track position is very important Sunday. I will burn another allocation with Buescher this week.