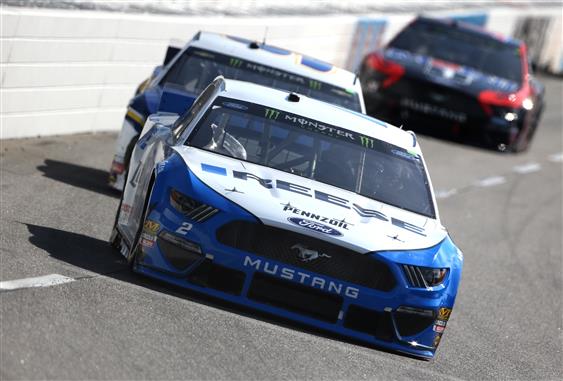 The Round of 8 is set. Who will be the first driver to punch their ticket to Homestead? Martinsville is a rhythm racetrack and the playoff drivers all have a history of running well at the paperclip. In order to finish first; first you must finish. That is easier said than done in this race. We have seen Matt Kenseth dump Joey Logano and Denny Hamlin “move” Chase Elliott in the final laps in recent races at Martinsville. I am sure we will have firework in the final laps this week.  The First Data 500 can be seen Sunday at 3 p.m. ET on NBC Sports Network.

NASCAR will be back to a condensed schedule this week and it will likely screw up the Fantasy NASCAR games. There will be two practices Saturday. The first is at 9 a.m. ET (TV is TBD) and the second is at 12 p.m. ET (TV TBD). It is likely that the practices will be available only on the NBC Sports App. Qualifying is Saturday evening at 4:30 p.m. ET.

The cars will be impounded Saturday after qualifying and lineup up for inspection Sunday morning. Any team that fails inspection will start from the back and be scored from the back in Fantasy NASCAR. This is the last time this season NASCAR has this stupid schedule.

The spring race at Martinsville was the Brad Keselowski show. The No. 2 car qualified 3rd, won both Stages, led 446 of the 500 laps and totally dominated the race. The word from the garage after the race was how difficult it was to pass. When one driver leads 90% of the laps, I agree it must have been difficult to pass. Other drivers who ran well include Chase Elliott, Denny Hamlin and Kyle Busch.

Kyle Busch (1): It is no secret that Busch hates the aero package NASCAR decided to use on the large tracks this season. That probably explains why he has been excellent on the short tracks and just good on the intermediate tracks. Busch has a series-high 125.4 Driver Rating and a series-best 2.4 average finishing position in the last 5 races at Martinsville. Here are his last 8 races at the track: 3rd, 4th, 2nd, 1st, 2nd, 5th, 1st and 5th. Not bad. This is the best track on the schedule to use your last allocation with Busch.

* If you are out of allocations with Kyle Busch, use Chase Elliott.

Brad Keselowski (5): Keselowski has been almost as good as Kyle Busch at Martinsville. He has finished 6 of the last 7 races at the paperclip shaped track in the top 5. He has not finished outside the top 10 at Martinsville since 2015. The No. 2 car absolutely destroyed the field at Martinsville in March. You have to have Keselowski on your team just in case he shows up with the same speed Sunday.

Denny Hamlin (1): When the Casino’s in Iowa approved sports gambling in early August, I immediate went over and put $20 on Denny Hamlin to win the Championship (7/1 odds). I am sure glad I did that. He has been on fire this season and now the MENCS competes at his best track. Hamlin has 5 wins and 11 finishes in the top 3 at his home track. The No. 11 car qualified 5th, scored 13 Stage points and finished 5th in March at Martinsville. Hamlin is my pick to be the first driver to punch his ticket to Homestead and add another Grandfather Clock to his collection.

Clint Bowyer (1): Martinsville ranks as the 2nd-best track for Bowyer. He has finished 4 of the last 5 races at this track in the top 7. Bowyer led 215 laps on his way to Victory Lane at Martinsville last year. In March he qualified 10th, scored 6 Stage points and finished 7th. I have been saving my last allocation with Bowyer for this race. This is a rhythm track and Bowyer has the beat down pat.

Ryan Blaney (1): Blaney surprised many people by advancing into the Round of 8. If he wants to advance to Homestead, he may need to win the race Sunday. Martinsville ranks as his best track left on the schedule. Blaney qualified 17th, scored 13 Stage points and finished 4th at Martinsville in March. I only have one allocation left with Blaney but if he looks fast in practice and he qualifies up front, I will use it.

Jimmie Johnson (1): The last spot in Group B was a difficult decision. Kurt Busch is a better choice but I only have one allocation left with the No. 1 car and I am saving it for another track. Aric Almirola has better stats but he has sucked since the spring. So I will use the driver who has 9 Grandfather Clocks in his garage. Johnson knows his way around Martinsville. He has led 2,863 laps at this track and he has an 8th place average finishing position in his 35 races at the track. Johnson is running well now so I will have him on my team this week.

Matt DiBenedetto (2): DiBendetto has been has been really good on the short tracks and really bad on the large tracks. There are two races left on short tracks and two left on intermediate tracks. I plan on using one of my last allocations with DiBenedetto Sunday. He only finished 20th in the spring race at Martinsville but the No. 95 team has improved a lot since the beginning of the season. I expect DiBenedetto to run in the top 15 Sunday.

Ty Dillon (2): Dillon has been about the same as Matt DiBenedetto. He is good on the short tracks and not so good on the large tracks. Dillon had one of his best races of the season in March at Martinsville. He qualified 22nd and Dillon finished 13th. It was not a fluke because he finished 15th in this race last year. If you are out of allocations with DiBenedetto, this is a great race to use Dillon at.