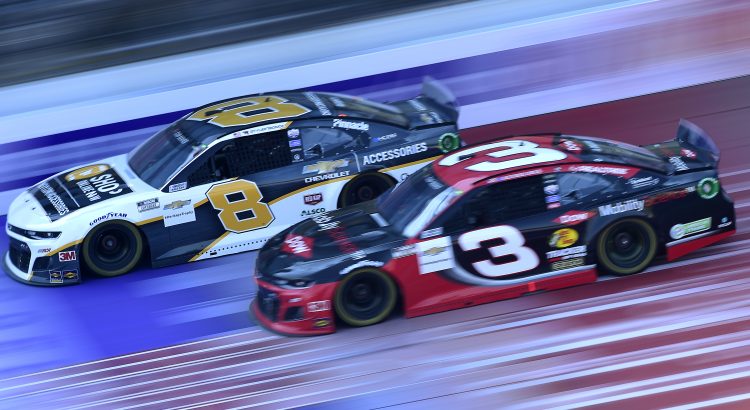 The Cup Series travels to Michigan Sunday to compete in the Firekeepers Casino 400. There are only two races left in the regular season so teams outside the playoffs will be using any strategy possible to win the race. Last week’s race was wild and it could be the same in the Irish Hills of Michigan. The Firekeepers Casino 400 can be seen Sunday at 3 p.m. ET on NBCSN.

Here is my starting lineup for the Firekeepers Casino 400…

Denny Hamlin (3): Denny Hamlin started out the season on fire and built up a huge lead in the points standings. His lead in this points is now gone and it has a lot to do with the lack of intermediate tracks on the schedule. Five of the first 12 races were on intermediate tracks. Hamlin had a 8.5 average finishing position in those races. The No. 11 car should be the best pick in Group A Sunday. Hamlin finished 2nd, 6th and 2nd in his last three races at Michigan. He has also averaged the most points in Group A on the intermediate tracks this year. I will use an allocation with Hamlin Sunday.

Allocation Saver is Kevin Harvick (7): I had Kevin Harvick penciled in for this race before the season began. Harvick won both races at Michigan last year and he has won 4 of the last 5 races at the track. He “should” be fast again Sunday but I trust Hamlin a bit more right now in my Fantasy NASCAR lineup.

Kyle Larson (1) and Kyle Busch (2) are by far the two best picks in Group B. If you have three or more allocations with either of these drivers, I would use them in your lineup Sunday. I only have one allocation with Larson and two left with Busch. I am going to save them for the playoffs when they have more to race for. I will take a chance with two drivers who absolutely need a great race Sunday.

Tyler Reddick (6): Tyler Reddick is the final driver in the playoffs right now. He needs points or a win in order to secure a spot in the field of 16. I expect Reddick will have a similar race to last week. The No. 8 team will use a pit strategy to ensure Reddick scores the most Stage points possible. The No. 8 car has shown the speed to finish in the top 10. Reddick might not win the race but he should score a lot of points in the Driver Group Game Sunday.

Matt DiBenedetto (9): Matt DiBenedetto is another driver who needs a win in order to make the playoffs. DiBenedetto has been running really well since he found out he is being fired at the end of the season. DiBenedetto finished 10th at Road America, 9th at Atlanta, 11 at New Hampshire, 11th at Awatkins Glen and 5th last week at Indianapolis. That is a 9th-place average finishing position in his last five races. Not too bad. DiBenedetto will start 4th and should have a good chance to score a lot of Stage points and finish in the top-10 again. He finished 7th in his last race at Michigan.

Allocation Saver: Austin Dillon (8): I was planning on using Austin Dillon at Michigan because he is in the same situation as his teammate (Tyler Reddick). Dillon needs as many points as possible so the No. 3 team will use the pit strategy to get Dillon the track position he needs to score the maximum amount of Stage points Sunday. The only problem with Dillon is that he starts 26th. That is too far back for me, so I will pivot to Matt Dibenedetto up front.

Other Good Option: Ross Chastain (3): If you are not using Ricky Stenhouse Jr., you need to use Ross Chastain. He is probably the best choice in Group C but I am running low on allocations with Chastain and he has been better in the 750 HP aero package then he has been in the 550 HP aero package. If you do not trust Stenhouse (which I completely understand), use Chastain Sunday.