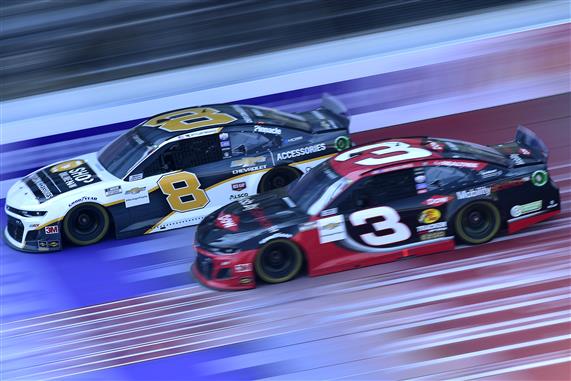 NASCAR used the “Choose Rule” for the first time in a points paying race Saturday. I am still not sure what to think about it. It does bring into play some of the drivers running outside the top 10. It is really going to make predicting the races a lot more difficult. That is for sure.

Here are my picks for the Consumers Energy 400 …

* I would love to use Kevin Harvick but I am down to two allocations with the No. 4 car. The new NASCAR qualification rules will allow Harvick to start on the pole a lot in the playoffs. I will save my final two allocations for those races.

Brad Keselowski (Start) had a good chance to win Saturday and he will have the same car Sunday. Everyone knows that winning at Michigan is important for Keselowski so he will take every chance possible to get to Victory Lane Sunday.

Kyle Busch (Bench) will be a good option Sunday. He has been saying all season that he needed some practice time to get his car dialed in for the race. He had 312 laps of practice Saturday and he was pretty happy with the car. The No. 18 team showed they are willing to gamble to win a race. I expect Busch to finish in the top five again.

Kurt Busch (Start) always runs well at Michigan. It is his best intermediate track. He scored a top-10 finish for my team Saturday and I expect the No. 1 car will run up front again Sunday. I only have two allocations left with Busch but I want to use them while he is guaranteed a top 10 starting position. That may not be the case anymore with the new qualifying rules.

Erik Jones (Start) looked like a driver who is out to show Joe Gibbs Racing that they made a mistake for releasing him from his contract. Jones started 23rd Saturday and ran almost the entire race in the top 10. I would not be surprised if the No. 20 car was in Victory Lane Sunday.

Clint Bowyer (Bench) will be a good pick if you want to save your allocations with Kurt Busch or Erik Jones. Bowyer starts on the front row so he will have a good chance to lead some laps and score some bonus points.

Jimmie Johnson  (Bench) actually had a fast car Saturday. The No. 48 car posted the 10 fastest Average Green Flag Speed, had the 12th best Driver Rating and the 12th best Average Running position. These stats would have been better if the team made better pit stop decisions. Johnson starts 9th and he should be fast enough to keep his car in the top-10 Sunday.

Christopher Bell (Start) looked pretty good in the race Saturday. He posted the 13th Fastest Green Flag Speed, the 13th best Driver Rating and the 14th best Average Running Position in the race. All of those stats are the best in Group C. I will roll the dice with Bell Sunday.

Tyler Reddick (Bench) starts on the second row. I would use Reddick over Bell if I had four or more allocations left with the No. 8 car. I only have two starts left with him so I will sit him out today. I do expect Reddick to run a lot better than he did Saturday.