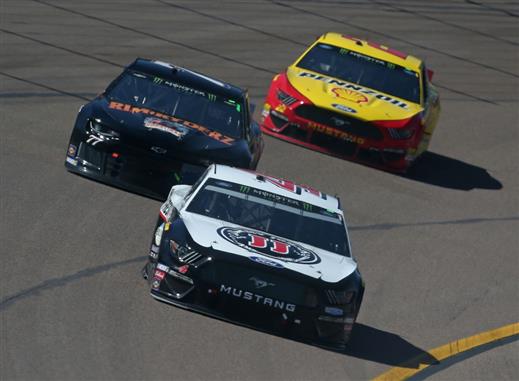 * I talked to Darren (Owner of the Driver Group Game. He said the championship four drivers will earn Stage points Sunday.

Kevin Harvick (Start): I have one allocation left with Kevin Harvick and I am using it Sunday. I know the Final Four drivers tend to dominate the races in the Championship race, but that may not be the case this year. Harvick is always good in the desert. His average finishing position at Phoenix since 2011 is 3.5 (17 races). That is freaking amazing! I have a feeling Harvick is going to be pissed that he is not racing for a championship. The No. 4 team will be looking to make a statement by leading every lap Sunday.

Joey Logano (Bench): Joey Logano is my pick to win the championship so he is the best choice if you are out of allocations with Kevin Harvick. Logano won the race at Phoenix in March and he dominated most of the race last November. The No. 22 team has been working on this car for three weeks now. I am sure it will be fast. Logano should have a good chance to win back-to-back races in the desert.

* I am out of allocations with Denny Hamlin

Erik Jones (Start): I do not have a lot of good choices left in Group B. Erik Jones will be making his last start for Joe Gibbs Racing in the No. 20 car. This team has had some success at Phoenix in the past (Matt Kenseth won at Phoenix in 2017 in the No. 20 car). Jones has been good at this track for most of his career. He has finished four of his eight races in the top 10. Jones finished 9th at Phoenix last year. I am hoping he can repeat that performance Sunday.

Matt DiBenedetto (Start): Matt DiBenedetto has not had a lot of success at Phoenix but he has been better this year at almost every track, than he has been in the past. DiBenedetto started 9th, scored seven Stage points and finished 13th in March. It was his second consecutive 13th-place finish at Phoenix. I will gladly take a top-15 finish from Matty D Sunday.

Clint Bowyer (Use if you can): The race Sunday will be the last for Clint Bowyer as a full-time driver in the Cup Series. Whenever we look back at his career, we must remember the time he ran through the garage area at Phoenix to pound lumps on Jeff Gordon’s head. He will likely be much nicer in the race Sunday. Bowyer finished 5th at Phoenix in March and 8th in this race last year.

Aric Almirola (Use if you can): All of the drivers from Stewart-Haas Racing have been good in Phoenix. They can thank Kevin Harvick for giving them the knowledge to turn fast laps at this 1-mile, flat track. Almirola has been really good since he joined Stewart-Haas Racing. He finished 9th, 7th, 4th, 4th, 22nd and 8th while driving the No. 10 car. Almirola should be a good pick for a top-10 finish Sunday.

* I am out of allocations with Ryan Blaney, Clint Bowyer, Kurt Busch, Alex Bowman and Aric Almirola

Cole Custer (Start): I saved my last allocation with Cole Custer for the race Sunday. He has been very good on the short, flat tracks this season. Custer finished 9th at Phoenix in March, 8th at New Hampshire in August, and 14th at Richmond in September. The No. 41 car should have the speed to compete for another top-10 finish Sunday.

Tyler Reddick (Start if you can): Tyler Reddick was the surprise driver in the last race at Phoenix. He started 29th and quickly made his way through the field. Reddick finished 9th in Stage 1 and 4th in Stage 2. He was running in the top 10 when he had a tire go down and he smacked the wall. Reddick finished 28th but his car had top-10 speed. He is a good choice if you are out of allocations with Cole Custer this week.

* I am out of allocations with Tyler Reddick