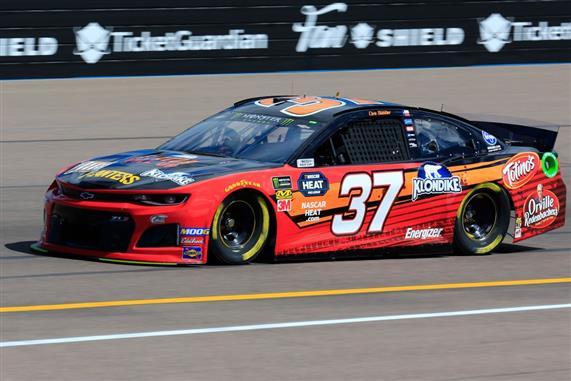 The Monster Energy NASCAR Cup Series will compete at ISM Raceway (Phoenix) this week. The track was reconfigured last year. Well, kind off. The only change that was made to the racing surface was the finish line was moved from the front stretch to the back stretch. The location of the line made a difference in the race. Some drivers who struggled at Phoenix ran well. The race should be fun to watch this week. The TicketGuardian 500 is scheduled for 3:30 p.m. ET on Fox.

Kevin Harvick (7): Harvick has been the “King of Phoenix” since 2011. He has finished 1st or 2nd in 9 of the last 14 races at Phoenix (7 of them were wins). Harvick has finished 99.9% of the laps at Phoenix since 2001 (32 races). That is incredible. Whenever we get a chance to use a driver who is nearly a lock for a top-2 finish, we need to take it. Harvick was 3rd fastest in final practice with the fastest 20-lap average speed. I will use an allocation with the No. 4 car this week.

Denny Hamlin (8): Hamlin is off to a hot start in 2019. He won the Daytona 500, finished 11th at Atlanta and 10th at Las Vegas. This week he qualified 3rd, had the 11th fastest speed in final practice with the 5th fastest 20-lap average speed. Hamlin always runs better in the March race at Phoenix than he does in November. His average finishing position in the last three March races is 5th. I would gladly take a top-5 finish from the No. 11 car this week.

Aric Almirola (7): I was hoping that Almirola would have qualified in the top 10 but I am not worried about his 14th place starting position. After qualifying Almirola said, “We are not starting where we want to but that has been the theme for us at this track. We usually qualify outside the top 10, practice inside the top 10. Work on our car during the race and compete for the win when the checkered-flag is waived.” That looks like the trend again this week. Almirola finished 7th in March and 4th in November at Phoenix last year. I expect another top-10 finish from him Sunday.

Chris Buescher (8): Buescher qualified 22nd but his car is a lot faster than what his starting position would suggest. Buescher posted the 5th fastest time in Round 1 of Qualifying. Corey Lajoie cut him off in Round 2 and Buescher had to abort his lap. He could easily be starting in the top 10. Buescher posted the fastest time in first practice so his car has speed. He finished 18th at Phoenix in November. I expect him to run around the top 15 again Sunday.