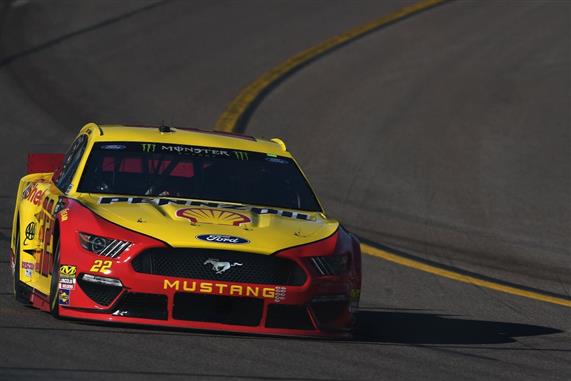 This is the last chance for the playoff drivers to secure their spot in the final four at Homestead. Martin Truex Jr. and Kevin Harvick already have their tickets. The six drivers who still have a chance to join them will have the best cars their organizations can provide and a lot of help from their teammates. It should be fun to see the drivers dive-bomb it through the dog-leg to the checkered flag Sunday. The Bluegreen Vacations 500 can be seen Sunday at 2:30 p.m. ET on NBC.

Joey Logano (1): Logano has not been very good in the recent fall races at Phoenix but you need to look past the numbers. Logano was locked into the championship race last year so the No. 22 team decided to just ride around the middle of the pack. In 2017 Logano finished 12th but he had a 7.8 average running position in the race. In 2016 Logano was in a “must win” situation and he went to Victory Lane. So this team has the ability to run well when they need to and this week, they really need as many Stage points as possible and a top 5 finish. Logano had the 5th-best long run speed car in final practice. He is the best choice I have, so I will use the No. 22 car Sunday.

Denny Hamlin (1): Hamlin is my pick to win Sunday and he is everyone in the garage’s pick to win too. Hamlin blew away the field in final practice. Hamlin was fastest on the 10-lap, 15-lap and 20-lap average speed charts. The No. 11 car kept getting faster throughout a run while the other cars lost speed. Hamlin is 20 points behind Joey Logano for the final playoff spot so he will most likely need to win Sunday in order to advance to the championship race. It looks like Joe Gibbs Racing gave Hamlin the car to get the job done Sunday.

Aric Almirola (2): I really wish I had an allocation left with Ryan Blaney to use with Denny Hamlin, but I am out so I will pair Almirola with the No. 11 car. Almirola is coming off a 2nd place finish at Texas so he has some momentum heading into this race. Almirola has been very good in the last two races at Phoenix. He qualified 18th and finished 4th in this race last year and the No. 10 car qualified 14th and finished 4th in the March race. The only driver who has been better is Kyle Busch. Almirola was 6th fastest in final practice so I will take a chance with him Sunday.

Matt DiBenedetto (1): DiBenedetto is the best driver in Group C this week and it is not even close. If you have any allocations left with DiBenedetto, he must be in your lineup. The No. 95 car posted the 8th fastest speed in final practice with the 2nd-fastest 10-lap average speed. DiBenedetto finished 14th earlier in the playoffs at Richmond (similar track to Phoenix). I expect him to finish in the top 10 Sunday.