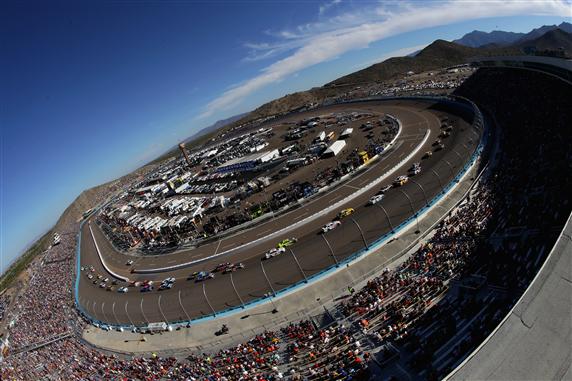 The Monster Energy NASCAR Cup Series will compete in the 2nd race of their 3-race West Coast Swing this week. The series travels to IMS (I will call it Phoenix) for the Ticket Guardian 500(k). The race can be seen Sunday at 3:30 pm ET on Fox.

* Qualifying for the Ticket Guardian 500(k) will take place Friday. Our picks need to be entered before 3 a.m. ET on March 9th (Friday). I know some of you are new to this game so just remember to get your picks in before the rosters lock.

My Driver Group Game picks are off to a good start. Scoring over 300 points each week should be your goal in the Driver Group Game. So far my picks scored 344 at Daytona, 306 at Atlanta and 274 at Las Vegas. I know allocations are important but I have a plan for each race this season. I will make sure we do not run out of the top drivers in the playoffs.

The key for the teams at Phoenix will be to mange tire falloff. Phoenix is a very heat sensitive track and the temperatures can be either very hot or sometimes cool. When the track is hot it gets slick. The teams will do their best to get a setup which provides the most grip possible.

Kevin Harvick (8) used to be the King of Phoenix. He was almost unbeatable at the track between 2012 – 2016. In these races Harvick led 1,167 laps and won 6 times. Since 2016 Harvick has led 0 laps and won 0 races. So why is he in my lineup? Although Harvick has not won any of the last 3 races at the track, he has still been one of the best drivers in the field. His average finishing position in these races is 4th. After his dominant performances the last two weeks it looks like the King is coming back to get his crown.

Kyle Busch (9) has become the best pick at Phoenix since Harvick slowed down. They both lead the series with a 111.8 driver rating in the last 4 races at the track, but Busch has 189 laps and has a 4th-place average finishing position. The Fords have been fast this year but this could be the week when Busch takes his Toyota to Victory Lane.

Chase Elliott (8) is the best choice in Group B this week. We need to use the allocations wisely with the No. 9 car but this is one of his best tracks. Elliott had one of the most dominate cars in this race in November. He was leading the race with 8 laps to go when he was passed for the lead and finished 2nd. Elliott has a 7.75 average finishing position in his 4 races at Phoenix. He is a great pick this week.

Kurt Busch (8) was well on his way to another top 10 finish before he got loose and wrecked his car last week. The Stewart-Haas Racing cars have had a lot of speed and I plan to use them until the field catches up to them. I expect Busch to run well again this week. He just need a little more luck.

Jamie McMurray (8) was having a decent race last week until he blew a tire and took him out of the race. The No. 1 car was running 10th at the time. McMurray said on Twitter, “The race at Las Vegas is really disappointing. We made a lot of gains on our car and could have finished in the top 10. Next week (Phoenix) is my favorite track. I will be competing in the Xfinity and MENCS races next weekend.” The extra track time should help McMurray Sunday. Drivers always seem to perform well on Sunday when they compete in the Xfinity Series on Saturday. He finished 6th at Phoenix last November. I expect him to run well again this week.

* Ryan Blaney is your driver if you want to aim for maximum points this week. The Driver Group Game awards 10 points to the driver who wins the pole and Blaney has the best chance to score them this week. Blaney qualified 2nd for the race last March and won the pole for the November race. He also won the pole for the race last week at Las Vegas. Blaney knows how to start up front. His average finishing position at Phoenix is 14th, so he should be used for bonus points only Sunday. I am going with Chase Elliott, Erik Jones, Kurt Busch and Jamie McMurray since I already used two allocations with Blaney.

Alex Bowman (7) is the best choice in Group C. He filled in for Dale Earnhardt Jr. at Phoenix in 2016. Bowman won the pole, led 194 laps and finished 6th. If he can do that again Sunday it may be the best performance in the history of Group C drivers. This is the best track for Bowman so you must use him this week.

William Byron (9) is no slouch at Phoenix either. Byron won the pole and finished 4th in the March Xfinity Series race at Phoenix last year. He backed it up when he qualified 2nd and won the race in November. Phoenix ranked as the 2nd-best track for Byron in the Xfinity Series. That should translate into a top 15 finish Sunday.