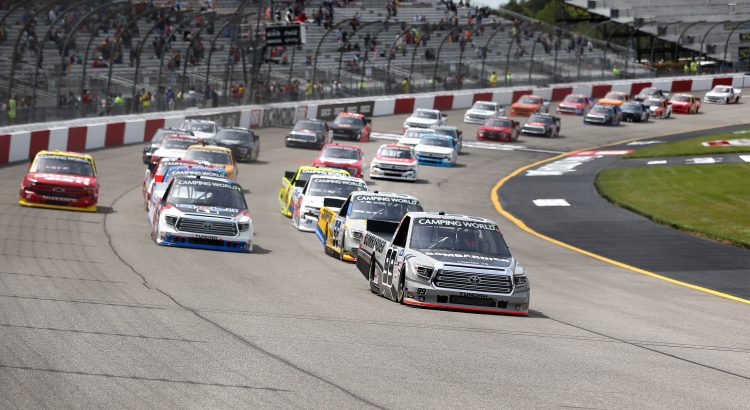 The NASCAR Cup Series will travel back to Richmond Raceway this weekend. This will be the second race at this track for the Gen-7 car so the teams will have some notes to work with. There are only three races left in the regular season and two of the winless drivers (Ryan Blaney and Martin Truex Jr.) had a good race at Richmond in April. It would not surprise me if the Cup Series added another first-time winner to the playoff field this week.  The Federated Auto Parts 400 can be seen Sunday at 3 p.m. ET on USA Network.

The Cup Series has made it through 23 races and not it is getting tougher to decide if we should use one of our last allocations with a driver or save him for another race. The 2022 season has been the most unpredictable in NASCAR history. Just because a driver races well at a track before, does not guarantee he will run well in the upcoming race.

I will select the best drivers possible for each down-force race and try to save allocations at the road courses and Superspeedways. If a driver performs well in practice and qualifies up front, he will be in my lineup. I will not worry about saving allocations. The competition is so even in 2022 that we can field some good drivers in the playoffs for our Driver Group Game lineups.

Here are the picks for the Federated Auto Parts 400…

Group A is difficult this week. Do we fade Chase Elliott on his five finishes in the top-two in his last seven races (that includes a second-place finish at New Hampshire)? How about Denny Hamlin? The No. 11 car won the last race at Richmond and finished second in both races last year. Kevin Harvick is starting to heat up and his history at Richmond is very good. Kyle Busch is also a stud at Richmond but he is jinxed right now, so I will stay away from him. I decided I will use the two drivers who “must win” this week. Both of my drivers dominated the last race at Richmond and there is a good chance they will do it again.

MARTIN TRUEX JR. (6): Joe Gibbs Racing has been the best team on the flat tracks this year. Pairing Denny Hamlin with Truex is the safe play, but I do not want all of my eggs in the JGR basket. Truex had to be crushed to see Kevin Harvick win last week. Now the No. 19 team is on the outside, looking in at the playoff field. A trip to Richmond should cure his playoff blues. Truex has finished 4th, 1st, 5th, 2nd, 1st, 1st and 3rd at Richmond since he joined JGR. That includes 80 laps led, 17 Stage Points and a fourth-place finish in April. JGR will put a lot of their efforts into the No. 19 car this week.

RYAN BLANEY (5): Damn it is hard to fade Denny Hamlin at his home track, but I am swinging for the fences and going after maximum points this week. Blaney has been a stud at qualifying on the flat tracks. He won the pole at Phoenix and then won the pole again at Richmond in April. The No. 12 car will have a good chance to score bonus points for qualifying Saturday. Blaney will be a good pick if we have to use him in the race. He led a race-high 128 laps and scored 16 Stage Points at Richmond in April. Team Penske is going to be focused on the No. 12 car Sunday since Blaney is their only driver not locked into the playoffs.

CHRISTOPHER BELL (2): I only have two allocations left with Bell, but I do not care. If the No. 20 car has the same speed the team has had all summer, I am playing Bell Sunday. There is no guarantee Bell will be this good in the playoffs. Bell won the last race on a flat track at New Hampshire. He also led 63 laps, scored 14 Stage Points and finished sixth at Richmond in April. It would not surprise me if Bell had the fastest Joe Gibbs Racing Toyota in the race Sunday.

WILLIAM BYRON (4): Can we trust Byron this week? He has been horrible this summer. Byron hasn’t finished in the top-10 at a non-road course track since his win at Martinsville in April. So why is Byron in the lineup? The No. 24 car led 122 laps, scored nine Stage Points and finished third at Richmond in April. It is tough to fade that kind of production at a track they raced at this season. I at least need to have Byron in the lineup just in case the No. 24 car has the same speed Sunday.

JOEY LOGANO (4): Richmond is one of the better tracks for Logano. His average finishing position in his last six races at the track is sixth and he is averaging 13 Stage Points per race. He won the race on the flat track at Gateway and he finished second at Martinsville and eighth at Phoenix. The No. 22 car should be fast again Sunday.

BUBBA WALLCE (6): If you want to play it safe this week, use Ross Chastain in this spot. I trust the three drivers listed above will have speed this weekend so I will take a chance with Wallace. Yes, he looked like crap in the last race at Richmond but Wallace has been on a hot streak this summer. He finished 2nd, 5th, 8th and 3rd in his last four races. That includes a third-place finish at the flat track in New Hampshire. I expect the Toyotas will have speed this week so I will take a chance with Wallace.

AUSTIN CINDRIC (4): Group C is going to be a bit tougher this week. The drivers in this group have not run up front on the flat tracks as consistently as they have at other tracks this year. Cindric should be the top pick in Group C. Team Penske has a history of running well at Richmond and the No. 2 car has been their best car at this track. Cindric finished seventh at Nashville and 13th at New Hampshire this summer. He should finish in the top-15 Sunday.

TY GIBBS (9): I made a big mistake last week by not checking to see if Gibbs was listed in Group C. He should have been the play at Michigan. I will not make the same mistake Sunday. If Gibbs is in the No. 45 car, he is in my lineup and I will start him in the race.

DANIEL SUAREZ (3): Suarez will be my pick if Ty Gibbs is not entered into the race Sunday. Suarez has had a lot of speed all season and he has been the fastest driver in Group C this summer. Suarez started 19th and finished ninth at New Hampshire a few weeks agon. My Amigo will be a good pick if the No. 99 team brings the same speed to the track Sunday.

* Make sure Ty Gibbs is entered into the race Sunday.

** Be sure to check back Saturday evening for my starting lineup for the Driver Group Game.