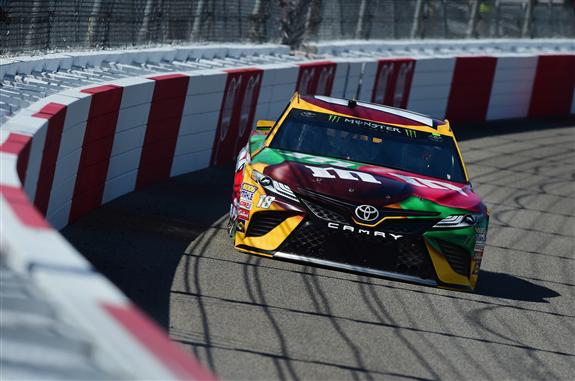 The Monster Energy NASCAR Cup Series will travel back to Richmond Raceway for the Federated Auto Parts 400. This will be the second race of the MENCS Playoffs. The teams will do everything to finish up front this week to prevent having to win the Roval next week in order to advance in the playoffs. The race can be Saturday night at 7:30pm ET on NBC Sports Network.

There are only 9 races left in the season so saving allocations will not be as important as it was earlier in the season. The last thing we want to do is to end the season with allocations left with our top drivers. If a team looks fast in practice, qualifies up front and has a spot on our team, we need to use their driver in the race. No need to get cute now.

Kyle Busch (2): Busch has a series-high 5 wins at Richmond and he is the defending race winner. He has been the best driver on the short, flat tracks this season. Busch finished 2nd at Phoenix, won at Richmond and finished 2nd at New Hampshire. Busch was fastest in the first practice and spent the entire final practice in race trim. He qualified 12th but I am not worried about it. Busch won from the 32nd starting spot at Richmond in April.

Kurt Busch (2): Busch is the best choice in Group B Saturday night. I am down to 2 allocations with Busch and this is one of the tracks I have circled for him. Busch had the third-fastest car on the long runs in final practice. He said after practice, “The car is better than what we had in April.” Busch led 98 laps and finished 11th in that race. This is a great track to use Busch at.

William Byron (3): I really wanted to use Regan Smith in this spot but his car looked horrible and he starts 33rd. Byron has really raced well on the short, flat tracks this season. He finished 12th at Phoenix, 12th at Richmond and 14th at New Hampshire. Byron finished 12th in the first race at Richmond. He was 10th fastest on the long-runs in final practice. I will roll with the No. 24 car this week.