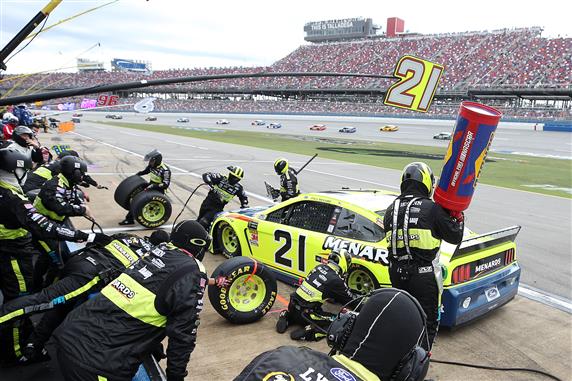 The NASCAR Cup Series will compete at Talladega Superspeedway this week. We can only use our drivers nine times throughout the season so this is a good race to use a driver that you are not expecting to use much this year. I will base my picks on the driver’s stats on the Superspeedways, but we are going to need a lot of luck this week. So far this year, we have not had any luck with these picks. Maybe this will be the week when the Fantasy God’s are nice to us.

Group A Pick: Ryan Blaney is a driver that I do not plan to use nine times this year and he offers us a good opportunity to save the top drivers in Group A for more predictable tracks. Blaney is really good at Talladega. He won two of the last three races at this track. Blaney has led laps in every race in the current aero package at Talladega and he scored Stage points in 10 of the 12 Stages. Blaney should finish in the top-five and score a lot of bonus points for our lineup.

Other Good Picks include: Denny Hamlin is the best pick this week but I want to save the No. 11 car for more predictable tracks. Hamlin has a streak of six consecutive finishes in the top-five going on the Superspeedway. That is just ridiculous. He also led laps in 12 of the last 13 Superspeedway races. It is surprising though that Hamlin has not scored a Stage point at Talladega since 2018 (4 races). He is still my pick to win Sunday.

Group B Pick: William Byron has been on fire this year and his hot streak should continue Sunday. Byron has finished the last seven races this season in the top-eight. He also knows his way to Victory Lane on the Superspeedways. Byron won the race at Daytona last year and he was really good at Talladega too. The No. 24 car finished 11th in the first race and 4th last October at Talladega. He also scored Stage points in three of the four Stages and led laps in both races. Byron will have his teammates lined up right behind him at the start of the race. I would not be surprised to see the No. 24 car in Victory Lane Sunday.

Group B Pick: Aric Almirola has been very consistent at Talladega but his has had no luck this year. I am hoping his bad luck + my bad luck = a positive result for our teams (two negatives = a positive). Almirola finished 37th at Talladega last October but he was on fire at this track before that race. He finished 3rd, 4th, 9th, 1st, 7th, 5th, 4th and 8th in his eight previous races. He is one of the best drivers at this track. I will press my luck with the No. 10 car Sunday.

Other Good Picks: Ryan Newman is another driver who is good on the Superspeedways. Ryan crashed while leading the last lap of the Daytona 500 last year. Newman would have finished six of the last eight Superspeedway races in the top-10 if he could have simply finished that race. If you plan to use Newman at all this season, it needs to be at the Superspeedways.

Allocation Save: Chris Buescher is one of the most underrated drivers on the Superspeedways. He has finished three of the last five races on the Superspeedways in the top 10. Buescher finished sixth in the first race at Talladega last year and 22nd in the race last October. We will not need to use all nine allocations with the No. 17 car this season, so this is a good opportunity to use Buescher and save an allocation with one of our top drivers.

Group C Pick: Ryan Preece is not the first name that comes to mind when people think Superspeedway drivers but he should be on your list. Preece has the fourth-best average finishing position at Talladega in the current aero package (Behind Denny Hamlin, Ryan Blaney and Joey Logano). He has finished 10th, 15th, 18th and 3rd in his four races at this track (11.5 average finishing position). In order to finish first, you must first finish. Preece has finished every race he has started at Talladega on the lead lap.

Other Good Picks: Ricky Stenhouse Jr. should be a good pick this week. I originally had Stenhouse penciled in for this race but I wasn’t planning on using nine allocations with the No. 47 car this season. Stenhouse has been the best driver in Group C, so I will bench him this week and use Ryan Preece. Stenhouse has been boom or bust at Talladega. He will either finish in the top-five or wreck out of the race. He is a good pick, but I feel a little safer using Preece this week.