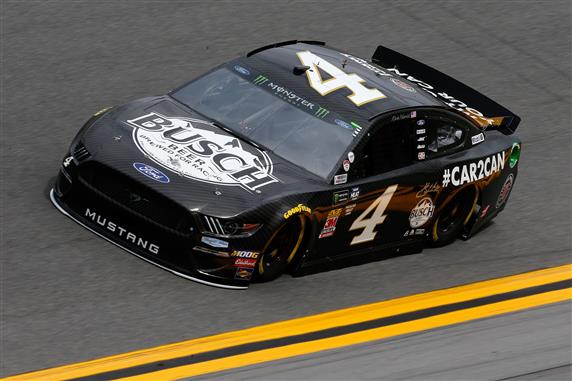 Everything is bigger in Texas and that includes the races. The MENCS will compete in a 500-mile marathon at Texas Motor Speedway this week. Those extra 100 laps usually cause a lot of problems for some drivers. We have seen fights before at the end of this race as drives compete for a spot in the championship race at Homestead. I expect there will be a lot of blocking in those final 100 laps and cause a couple of drivers to throw some punches on pit road after the checkered flag is waived. It should be an exciting race to watch. The AAA Texas 500 can be seen Sunday at 3 p.m. ET on NBC Sports Network.

Kevin Harvick (1): Harvick was on Fox Sports’ Race Hub last week and said, “Martinsville is not one of our better tracks. Our goal is to get out of the race this weekend with a top 10 and move onto two of our favorite tracks. We are bringing our best mile-and-half car to Texas. The guys have been working on it since the spring so I expect we will have a better chance to win that race.” The No. 4 car looked fast in practice. Harvick posted the 4th fastest speed with the 3rd-fastest 10-lap average speed. It was the fastest speed by a Group A driver. I will burn my last allocation with Harvick this week.

* I am out of allocations with Ryan Blaney and Clint Bowyer

Kurt Busch (1): Busch finished 4th two weeks ago at Kansas and the No. 1 car looks fast again this week. He spent the first practice testing different setups for his teammate. Busch really liked his car in final practice. He said he liked the balance and the speed chart showed why he liked it so much. Busch posted the 5th fastest speed in final practice and had the 4th fastest 10-lap average speed. Busch finished 9th at Texas in March. I expect him to finish higher than that Sunday.

Erik Jones (2): Jones had a good race at Texas in March. He qualified 11th and finished 4th. It was the 3rd consecutive race at the track where Jones finished in the 4th position. The No. 20 team brought another fast car to the track this week. Jones had the same setup as Kyle Busch. He posted the 9th fastest speed in final practice with the 7th fastest 10-lap average speed. Jones has a history of finishing in the top 5 at this track. I will take a chance that he can finish up front again Sunday.

* I am out of allocations with Daniel Hemric

Chris Buescher (1): I only have one allocation with Buescher and I have been saving it for this race. Texas is the home track for Buescher and he has a history of running well in the Lone Star State. Buescher only qualified20th but I am not worried about it. Buescher has a 24.7 average starting position and a 13.2 average finishing position on the 1.5-mile tracks this season. Buescher should be one of the drivers making his way to the front Sunday.