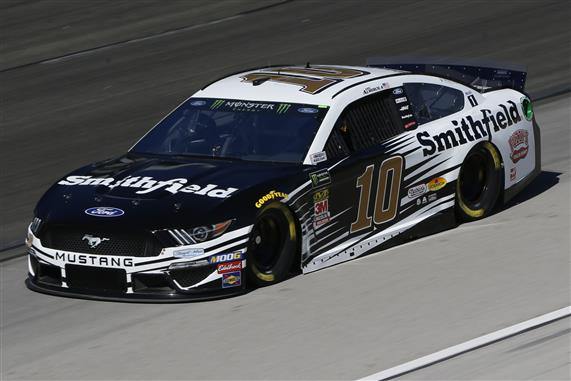 Will this be the week? I have had some slumps in Fantasy NASCAR before but it has never lasted as long as the slump has in the Driver Group Game has this season. Joey Logano, Aric Almirola and Alex Bowman ranked No. 2, No. 3 and No. 6 in average running position at Kentucky. What did we get for it? An 8th, 15th and 19th place finish. I admit the Matt Kenseth pick was a bad choice, but the other drivers should have finished in the top 10 but they got caught a lap down when Brennan Poole spun out during a green-flag pit stop cycle. Hopefully this is the week when the picks start to heat up.

Texas is a 1.5-mile track but it is different from Kentucky. The track is a quad-oval while Kentucky is a tri-oval. The banking is steeper in the corners and it allows the drivers to run wide-open around the track. This is a momentum track, similar to Charlotte Motor Speedway. The drivers who ran well at Charlotte should be fast in Texas.

Here are my picks for the O’Reilly Auto Parts 500 …

(Start) Kevin Harvick: Kevin Harvick has been a beast on the 1.5-mile tracks this season and his stats at Texas Motor Speedway are the best in the series. Harvick has led a series-high 317 laps and scored 63 Stage points on the intermediate tracks this season. He has also finished 1st, 8th, 1st, 2nd and 1st in his last five races at Texas. I have four allocations left with Harvick and I am not afraid to use one of them Sunday.

(Bench) Chase Elliott: Chase Elliott has been very good on the quad-oval tracks this season. He finished 2nd in the Coca-Cola 600 and came back three days later and went to Victory Lane at Charlotte. Hendrick Motorsports ran well at Texas last year but Elliott got a flat tire early in the race and hit the wall. His car was one of the fastest on the track before the wreck. I expect Elliott to compete for the win at the end of the 500-mile marathon race Sunday.

(Start) Aric Almirola: I am down to one allocation left with Aric Almirola and I have no problem using it this week. Texas Motor Speedway has been one of the best tracks for Stewart-Haas Racing. Their cars finished No.1, No. 2 and No. 3 at Texas last year. Almirola led 62 laps, won Stage 2 and finished 2nd in the race. He is one a hot streak right now and Texas ranks as his 3rd best track. Almirola also starts on the pole. It does not get any better than this for the No. 10 team.

(Start) Kurt Busch: Kurt Busch has finished four of the six races on the 1.5-mile tracks in the top 10 this season. He should be a lock for another top-10 finish Sunday. Texas Motor Speedway ranks as his best 1.5-mile track. Busch has finished six consecutive races at Texas in the top 10. I would love to use Ryan Blaney but I am down to four allocations with Blaney and Busch starts 3rd, so he will have the track position to score Stage points and finish in the top 10.

(Bench) Alex Bowman: Alex Bowman looked pretty good last week until he got trapped a lap down when the caution came out. I expect Bowman to bounce back this week. The most similar track to Texas is Charlotte and Bowman led 215 laps at that track this year. He also led 11 laps, scored 11 Stage points and finished 5th in the last race at Texas. I expect Bowman to run up front, score a lot of Stage points and be a good pick for your Fantasy NASCAR team.

(Allocation Special) Jimmie Johnson: This is a great race to use Jimmie Johnson. Do not take my word for it, Johnson told me during a teleconference at Speedweeks at Daytona that he expects to win at Texas in 2020. Johnson led 60 laps in the spring race at Texas and 40 laps in the fall last year. I expect the No. 48 car to get to the front and be a good pick this week for teams that want to save allocations with Ryan Blaney, Aric Almirola or Kurt Busch.

(Start) Cole Custer: I hate being a week late to the party but I am sure there will be something good leftover for us this week with Cole Custer. His No. 41 team led 36 laps and finished 3rd in both races at Texas with Daniel Suarez in the car last year. You would think Cole Custer could have similar results. This young driver is on a hot streak. He finished 5th at Indianapolis and won last week at Kentucky. I will use Custer at his team’s best track and while he is on a hot streak.

(Bench) Tyler Reddick: If you are afraid to pull the trigger with Cole Custer in your lineups, Tyler Reddick is the next best choice. He has a 19.7 average starting position and a 11.2 average finishing position on the 1.5-mile tracks this season. He finished 8th at Charlotte and that is the most similar track to Texas. Reddick finished 2nd in two of his last three races at Texas in the Xfinity Series. He should compete for a top-10 finish Sunday.