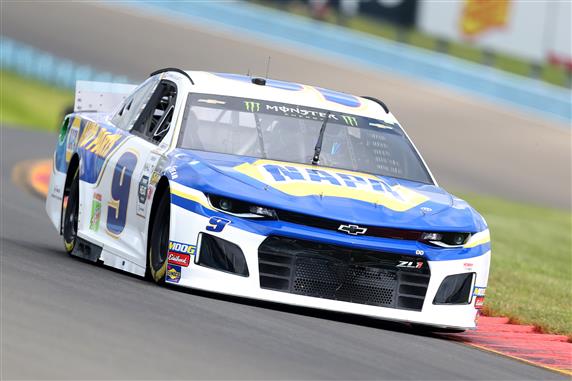 There are only five races before the start of the 2019 NASCAR Cup Series Playoffs. Just to make things interesting, NASCAR has a road course scheduled this week to test the driver’s skills. Pit strategy always comes into play on the road courses so we will likely see some teams short-pitting to set them up for a run to the checkered flag and other teams scoring as many Stage points as possible to ensure their spot in the playoffs remains secured. It should be fun to see how it all plays out at Watkins Glen. The Go Bowling at the Glen can be seen Sunday at 3 p.m. ET on NBC Sports Network.

Chase Elliott (8): Elliott said after the race at Watkins Glen last year, “I spent a lot of time with Jeff Gordon and my father in the simulator trying to improve my road course skills. They showed me what I was doing wrong and their advice worked.” Wow, did it ever work. Elliott qualified 3rd, led a race-high 52 laps, won Stage 2 and went to Victory Lane for the first time in the Cup Series. Elliott looks fast again. He posted the fastest lap speed in final practice with the 2nd best 5-lap average speed. I will use an allocation with Elliott and save my valuable allocations with Martin Truex Jr. for another track.

William Byron (8): I need to save allocations so I will try to get a start from the No. 24 car Sunday. I was told that Byron spent a lot of time in the simulator with Jeff Gordon over the last month, preparing for this race. Gordon helped Chase Elliott get to Victory Lane last year. It looks like he learned something for the Go Bowling at the Glen. Byron posted the 8th fastest lap time with the 4th fastest 5-lap average speed in final practice. I will take a chance with Elliott this week.

Daniel Suarez (7): I am going to gamble with my second pick in Group B so I can save my top drivers for more predictable tracks. Suarez was only 14th fastest in final practice and his 5-lap average speed was only 14th best. Suarez grew up road course racing and he is better in the race than he is in practice. I checked my notes from last year and Suarez was 16th fastest in practice, qualified 21st and finished 4th in the race. This week he posttest faster speed in practice, qualified better, so I am hoping he finishes better than 4th.

Michael McDowell (6): Matt Dibenedetto and McDowell are both great picks this week but I am using McDowell because of allocations. If I use McDowell this week, I will have 11 allocations left with the combination of Chris Buescher, Daniel Hemric and Matt DiBenedetto with 12 non-Superspeedway and non-Road Courses left on the schedule. McDowell was 4th fastest in final practice and he qualified 11th. Front Row Motorsports purchased a brand new car from Roush Fenway Racing with a new Roush-Yates engine for McDowell to compete in this week. I think he can finish in the top 15.