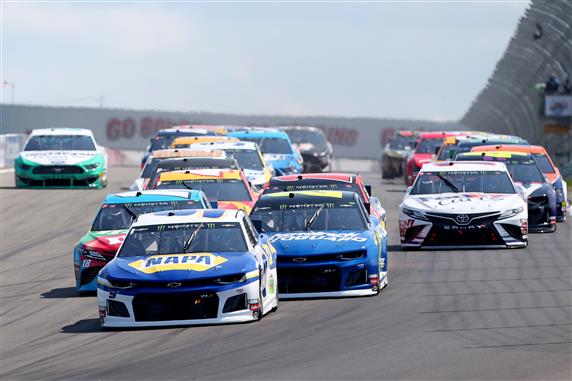 The Cup Series travels to upstate New York this week to compete at Watkins Glen International. NASCAR did not compete at Watkins Glen last year because of the pandemic, but the drivers have had four road courses races this season (Daytona Road Course, COTA, Sonoma and Road America) to prepare for this race. That also gives us a lot of data to figure out the best drivers for out Driver Group Game lineup.

Chase Elliott (3): I am down to three allocations left with Chase Elliott with 14 races remaining on the schedule. My plan entering the season was to use Elliott in the seven road course races. I am sticking to the plan. Elliott has won the last two races at Watkins Glen and 6 of the last 8 races on road course. There is no reason to try and get cute this week. I will play the driver who has dominated this track since 2018.

Allocation Saver is Joey Logano (7): Joey Logano is not the driver that comes to mind when people think of road course racing. He only has one win at a road course on his resume. It happened at Watkins Glen in 2015. Logano has been the second-best driver on the road courses this season. He finished 2nd at the Daytona Road Course, 3rd at COTA and 4th at Sonoma. He has also led laps in 3 of the 4 races. Logano starts on the front row Sunday so he should lead more laps, score a lot of Stage points and finish in the top five.

Christopher Bell (3): Joe Gibbs Racing has been closing the gap Hendrick Motorsports had over them earlier in the season. The three week break should help JGR find even more speed. Christopher Bell has been the biggest surprise on the road courses this season. He won the race at the Daytona Road Course and Bell finished 2nd at Road America. Bell starts 7th so he will have the track position to score Stage points and finish in the top-10 Sunday.

Allocation Saver: Chris Buescher (9): It is tough to find an allocation saver from Group B this week because the top drivers in this group (Kyle Busch, Kyle Larson, Kurt Busch, Christopher Bell and Alex Bowman) have been the best drivers on the road courses. If you want to throw a dart and hope to hit the bull’s-eye; Chris Buescher could be that driver. He has had some success on the road courses. Buescher should have a good chance to finish in the top-15 Sunday.

Ross Chastain (4): I never thought I would be using Ross Chastain on a road course before the season started, but here we are… Chastain has run well on the road courses in 2021. He finished 4th at COTA, 7th at Sonoma and 7th at Road America. Chastain starts 12th. He will have the track position to score some Stage points and finish in the top-10 Sunday. Chastain also has to be extra motivated after he found out he will be taking over the seat in the No. 1 car next year.

Allocation Saver: Daniel Suarez (6): Daniel Suarez hasn’t been great on the road courses this season, but that could change this week. Watkins Glen ranks as the best road course track for Suarez. He has three starts at the track on his resume and his average finishing position is 8th. Not too bad. Suarez should have a good chance to finish in the top-15 Sunday.