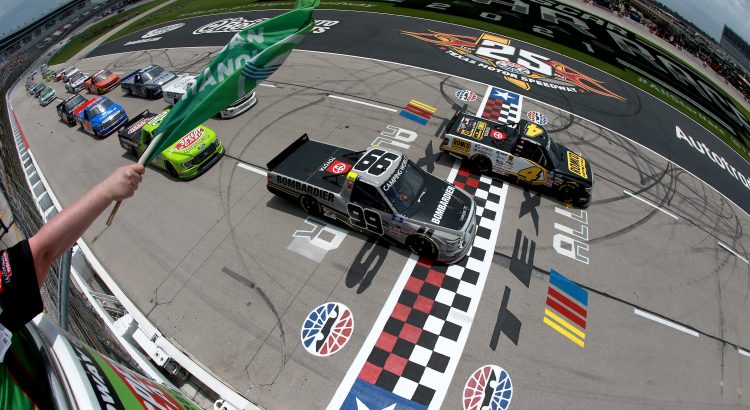 The Truck Series will travel to Texas Motor Speedway this week compete in the SpeedyCash.com 200. The racing has been pretty good in the Truck Series this year. There have been five full-time truckers who have been to Victory Lane this season. The only Cup Series driver who has come down to the Truck Series and found Victory Lane was William Byron at Martinsville. It is good when NASCAR lets these young drivers compete for the checkered flag and not have them chasing a Cup Series star around the track. It should be another good race Friday night at Texas.

CHANDLER SMITH (3): John H. Nemechek gets all of the hype at Kyle Busch Motorsports but Smith has been their most consistent driver. He has two wins (Phoenix and Las Vegas) and his 8.6 average finishing position is 2nd best in the Truck Series (behind Zane Smith). Smith won at Las Vegas and he finished 4th at Kansas. Smith should have a good chance to finish in the top-5 Friday night.

COREY HEIM (4): Heim will be back behind the wheel of the No. 51 truck for Kyle Busch Motorsports. This young driver has had a lot of speed this year. He reminds me a lot of Brandon Jones in the Xfinity Series. When he finishes the race, he usually finishes in the top-5. The problem is that Heim only finished 2 of his 5 races this year without crashing. Heim is only racing a limited schedule this year so it would be a good idea to use him when he is in the truck.

RYAN PREECE (4): Preece will be behind the wheel of the No. 17 truck for Team DGR. This truck will have support from Stewart-Haas Racing. Preece has driven this truck in three races this year and he has had a lot of success. Preece started 5th and finished 4th at Las Vegas, started 11th and finished 7th at Atlanta and started 13th and finished 7th at Darlington. He should be a lock for another top-10 finish Friday night.