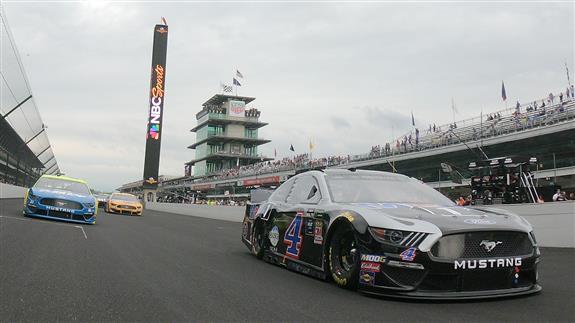 The Cup Series will join the Xfinity Series and the IndyCar Series at the most iconic track in the United States, Indianapolis Motor Speedway. The Cup Series has been competing at the Brickyard 26 years now (Really? I remember going to the first race and it feels like yesterday. Damn I am getting old…LOL).The trend at Indianapolis is for the Cup Series to bring their best cars they have in their garage to thie race because the Brickyard is a “Crown Jewel Race” of the sport. Add in the IndyCars and this could be a weekend for the history books. The Big Machine Hand Sanitizer 400 can be seen Sunday at 4 p.m. ET on NBC (Yes, NBC has the coverage now so make sure you are on the correct channel).

I used a lot of data for my rankings this week. The most comparable track to Indianapolis is Pocono and the Cup Series just finished two races at the Tricky Triangle. I used the combined Driver Rating, Average Green Flag Speed and Average Finishing Positions from last weekend’s races. I also used the Driver Rating from the last two seasons at the Brickyard and Driver Rating over the last four races this season (not including Talladega) to figure out the rankings.

Here are the driver rankings for Indianapolis…