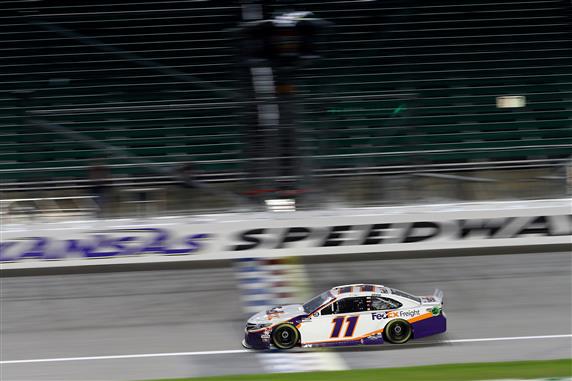 The Round of 12 is completed and now there are only three races left to see who will compete for the 2020 NASCAR Cup Series championship. This round should be more predictable with races at Kansas, Texas and Martinsville.  The last race at Kansas had a lot of lead changes and a lot of close racing. It will probably be even more exciting with so much on the line this week. The Hollywood Casino 400 can be seen Sunday at 2:30 p.m. ET on NBC.

The Cup Series competed at Kansas in late July. Usually the cars race at the track in late spring and fall, but this year the races are closer together. The track conditions should be more similar to what we had in July since the fall has been pretty warm in the Midwest. I am using the stats from the last race at Kansas to determine who will be fast Sunday. I will also use the data from the races at Las Vegas and Michigan because those two tracks are high-speed, low tire-wear tracks. Goodyear will bring the same tire that was used at Kansas, Las Vegas and Michigan this week.

Here are the driver rankings for the Hollywood Casino 400 …