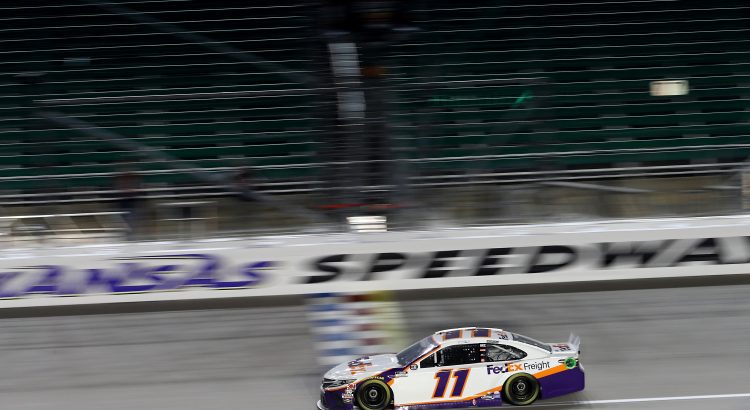 The NASCAR Cup Series will be back to racing on a 1.5-mile track this week and that means the 550 HP aero package will also be back. It has been a while since the series competed on an intermediate track. There were three short track races (Bristol, Martinsville and Richmond) and then the race at Talladega since the Cup Series last competed at a 1.5-mile track (Atlanta in mid-March). There was also an off week for Easter, so the teams had plenty of time to work on their cars to improve their race package for their trip to Kansas Speedway.

The last race at Kansas was freezing cold so the track conditions will be a lot different Sunday. I will be using the data from what happened at Kansas last year but focusing more on the July race than what happened in October. It is important to know that track position was key in both races. It was nearly impossible to pass the leader in this aero package so teams had to make up positions in the pits. I factored in the pit crew speeds from the 2021 races for my picks Sunday.

Although the teams had over a month to work on their 550 HP aero package; we cannot ignore what happened at Las Vegas and Atlanta. I incorporated the Driver Rating and Green Flag Speeds from those races into my rankings this week, but gave a little more emphasis on the Las Vegas race since that track is similar to Kansas.

Here are the Driver Rankings for the Buschy McBusch Race 400…